End of an Era: Harry Shearer, voice of Ned Flanders, Mr Burns, and many more, quits The Simpsons

Following a few weeks of vague contractual disagreements preceding The Simpsons‘ latest two-season renewal, it’s been revealed that Harry Shearer was the cast member delaying the pre-production. Shearer – who voices Flanders, Mr Burns, Principal Skinner, Otto, and countless other beloved Springfield residents – announced through Twitter that he would no longer be working on the series. 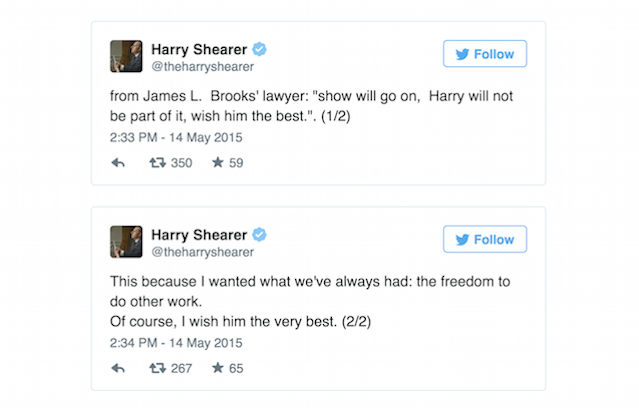 Shearer’s tweets suggest that the decision is to do with wanting to expand his career through other avenues, but it was also suggested earlier this week that his hesitation was due to issues with merchandising.

Either way, we’ve got mixed feelings about this news. On one hand, it represents an icon of comedy potentially slipping out of relevancy and taking dozens of characters and memorable scenes with him. On the other hand, The Simpsons has been a fairly loathsome pastiche over the last decade consisting almost entirely of instantly-dating pop culture references and retconned character identities that has now become so loose, the modern Springfield feels more like it exists in the world of Quahog than Shelbyville.

Let’s face it, a Simpsons without Burns, Flanders, and Skinner isn’t really The Simpsons, it’s just an obligatory churn of episodes of something reminiscent of comedy in order to fill a schedule and move merch. Even if they find one or two impersonators who could do a passable job as Shearer’s characters, maybe this is a sign that The Simpsons’ best days are way, way behind it. That realisation makes me so sad, I feel the need to comfort eat several steamed hams.

Which episode did that Simpsons quote come from?
11 minimalist Simpsons character portraits
Judd Apatow wrote an episode for the Simpsons 25 years ago