Never ones to miss out on any fun, yesterday Mad Decent added their (particularly great) two cents to the mind-fucking, trust-shattering 24 hours that was April Fool’s Day 2014. We’ll meet one day, Vegemite energy drink.

In a stroke of hilarity that was no doubt the work of creative director Paul Devro, Mad Decent’s prank came in the form of a v suspect lineup announcement for their infamous annual Block Party, which, much like a Vegemite energy drink, would actually be kind of amazing if it were real.

With headliners like Michelle Branch (DJ set), Nick Cannon feat. Mariah Carey and North West in her debut live performance, plus a stage that only plays Drake songs, there really needs to be an online petition to make this thing a reality. Just look at it: 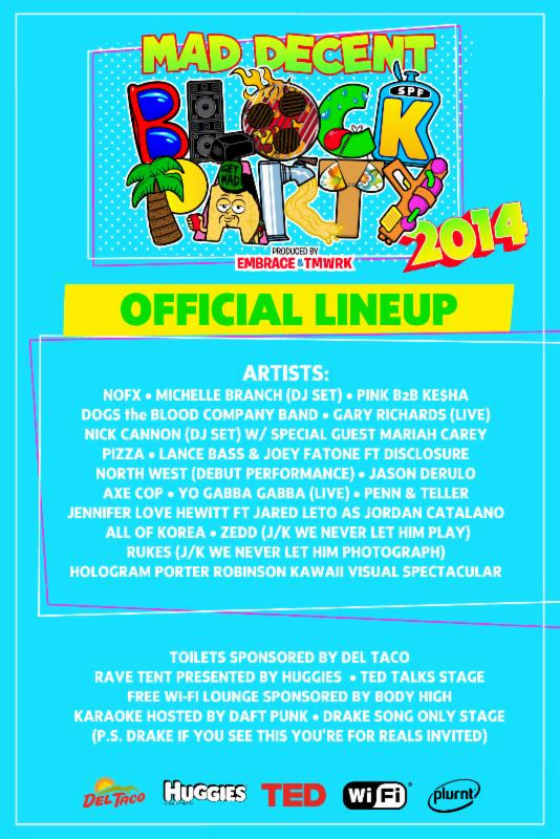