In his Zane Lowe interview for BBC, Kanye boasted that his Nike Air Yeezys eBayed for $90,000 but after the all-red Yeezy II’s recent release it looks like he might have something bigger to brag about. 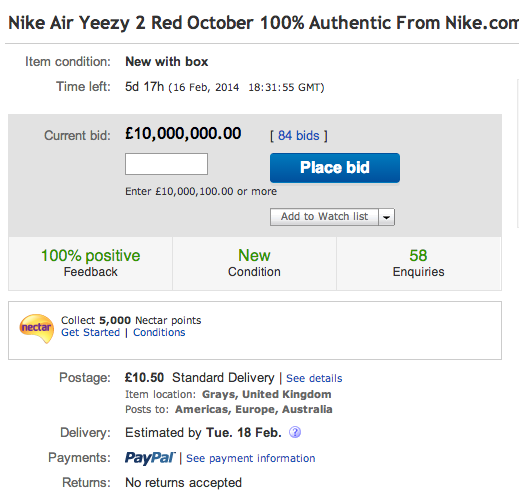 The short-lived Nike Air Yeezy II on-sale window has caused a boost in demand of Kanye proportions, with the shoe being found on eBay for £10 million (or AUD$16 million). The shoe, now no longer listed on eBay, was a UK size 8, and it’s currently unclear whether it sold, or was taken down by one party or another.