The proud Chicago rapper is focused on becoming a better man, artist and father each and every day.

Joey Purp is an old soul with a new way of thinking. Since his 2012 mixtape The Purple Tape, the rapper has been telling stories of life in Chicago, sharing his journey as a father, and more recently, celebrating spoils of success.

His 2016 mixtape iiiDrops using elements of mid-2000s dance, modern neo-soul and Diplomats-era boom bap to great effect, solidifying him as a standout in the Savemoney crew (a loose collective that counts Vic Mensa and Towkio as members). The Chance The Rapper-assisted single ‘Girls’ proved he could create radio-ready love songs, with cuts like ‘When I’m Gone’ exploring politics and self-worth. After a two year break that left the fans wondering where he went, Joey returned this September with Quarterthing. It’s a boombastic album that echoes the orchestral elements of Jeezy-esque trap on standout tracks like ‘Look At My Wrist’, the anthemic proportions of the Swizz Beatz era on the RZA-assisted ‘Godbody Pt.2’, and the driving energy of club music on ‘Elastic’.

In the midst of lengthy press run in support of the album, we got on the phone with Joey to talk about the growth between iiiDrops and Quarterthings, his experience of fatherhood thus far, and the concept of bowing out gracefully from Hip-Hop.

Hey Joey, how are you doing today man? Congratulations on Quarterthing, the reception has been great. Can you tell me what that album is really about for you?

I’m doing really good man. Feeling Appreciative, really grateful, blessed! As a concept, [Quarterthing] represents making more out of what you have. Starting off with a little bit, and ending up with a lot more.

There’s a two-year gap between your first mixtape iiiDrops and this new album. Not all new artists would take that time off. Why the break?

I just work at the pace God intended me to work at. I’m not the guy to make 500 bad songs just to take 20 good ones. I just waited until I had something to say, and I said it. Some of these songs came out of us playing with these ideas for months and months, while others came from just being in the studio and catching a vibe. I just work the way that feels natural to me.

Attention to detail can get lost when an artist keeps up a really fast pace, and that’s something the streaming era seems to demand. How did you get comfortable with taking your time?

Well, the music is the business. If there’s no music, there’s nothing to do business about. I guess there are [management] people that are good at the ‘business’ side of things, who can make an artist pop despite the product. But I didn’t come into this game for the sake of business, I came in from an artistic standpoint. I like to make stuff that I feel proud of, and that I can listen to and feel emotional. Some people may not like my music, but that’s just how I’m coming. I guess it’s not for me to say what quality my music is, but I know I take the time to make sure I feel a way about what I make.

Did your process change at all as music become a full-time job, instead of hobby?

Man, it’s still the same. Nothing has changed, really. I still make music for fun, not financial gain. When I’m in the studio and I don’t think about making a million dollars. When I say “this is a hit” I’m not thinking about the money, I’m thinking that everyone will like the song. When everybody likes your song, that’s when you’ll make a million dollars. I want the people to feel the same way about my music that they do about me.

I know you have a young daughter, too. How do you balance family life as you get busier and busier? Has any of that fatherly wisdom changed the way you move in the industry,?

Man, that’s a good question. With my daughter, I just try to be the type of person I want to be every day, and I try to be a great dad. I make the decisions I think a great dad would. As for wisdom—I don’t know. She’s only five years old, so I don’t know if I qualify for that yet. My dad has fatherly wisdom, he has a 44-year-old son. I feel like it takes years and years to achieve that. I just hope I keep growing as a man. I’m not perfect as a person, but I’m trying to make the right decisions. I don’t make music for 5-year-olds, I feel like my music is super adult. I’m aware that my subject matter is not for children, but I know she’ll be an adult one day and understand. 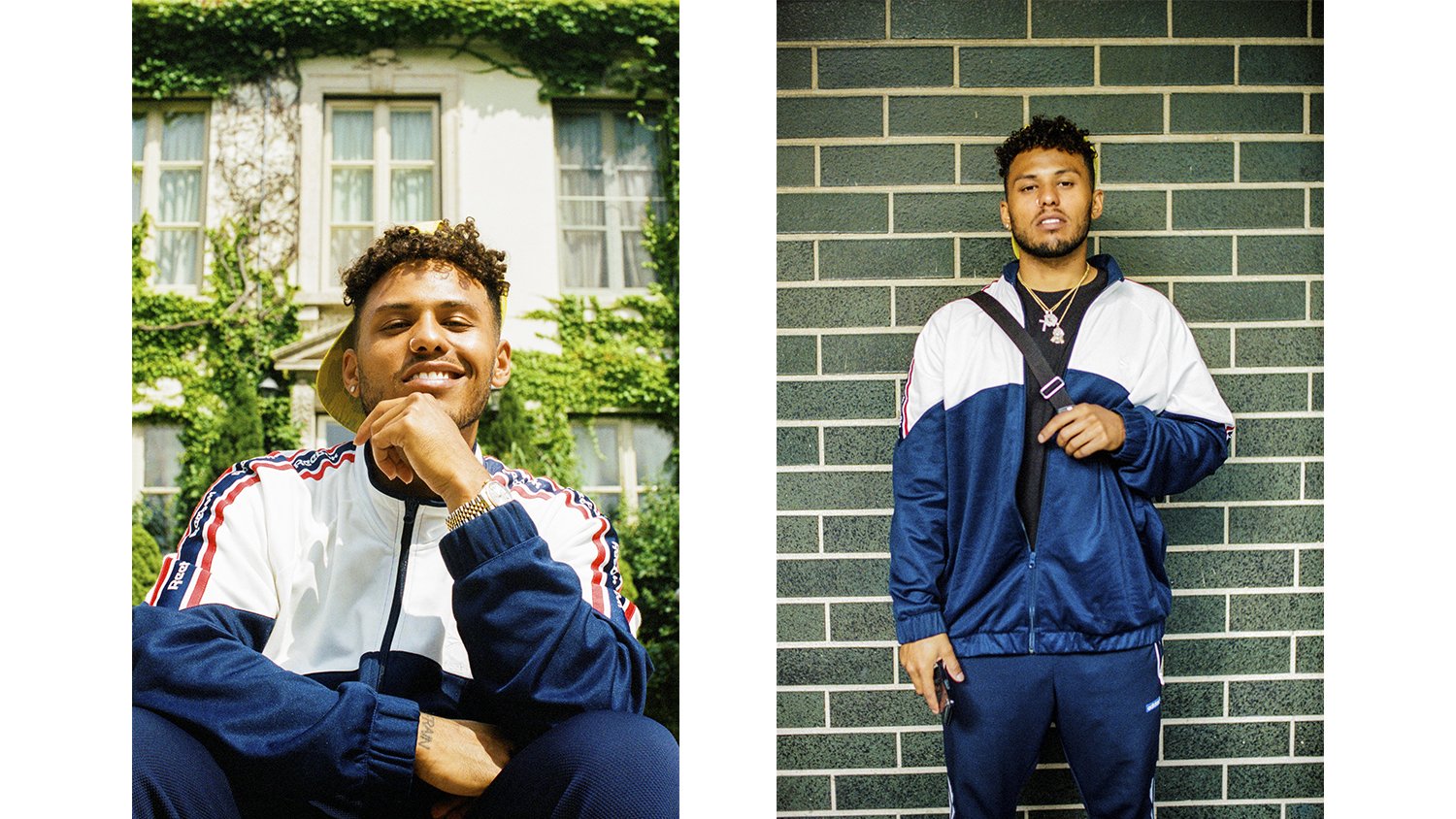 That’s really cool to hear. I wanted to talk about Quarterthing, and those features from both RZA and GZA. What was it like working with them? What’s your view on Wu-Tang’s influence on hip-hop?

Working with RZA and GZA is a blessing man. Truly crazy. Like, I grew up on them. It was super fire to have their presence on the project. The Wu changed everything man. They were really the first rap supergroup. They influenced everything. Much respect to the Wu.

What’s your favourite solo album from a Wu-Tang member?

It would either have to be Method Man’s Tical, or Ghostface Killah’s Fishscale. What’s yours?

That’s an amazing album man, can’t forget about it.

I saw a clip of Drake not too long ago talking about his anxieties about overstaying his time in hip-hop. I think The Wu-Tang Clan managed to leave a legacy without over-saturating the market past their prime. Do you see yourself on stage in your forties? Is there a way to leave the game gracefully?

Man, I think about that a lot. I don’t really see myself on stage in my forties, but I didn’t see myself on stage at the age of 25, you know? I’m confident that God has the right plan for me, and it’ll work out the way it’s supposed to work out. And sure, some people I feel do overstay their welcome. But you can still rock if it’s real to you. I mean, who’s someone to say that you have to leave? Vince Carter is still playing in the NBA after 20 years. Who is someone to say he should retire just because he’s not scoring as many points as he used to? Hopefully at that age I’ll still have some sort of position in the culture, and hopefully, I’ll still be leaving a positive impact. 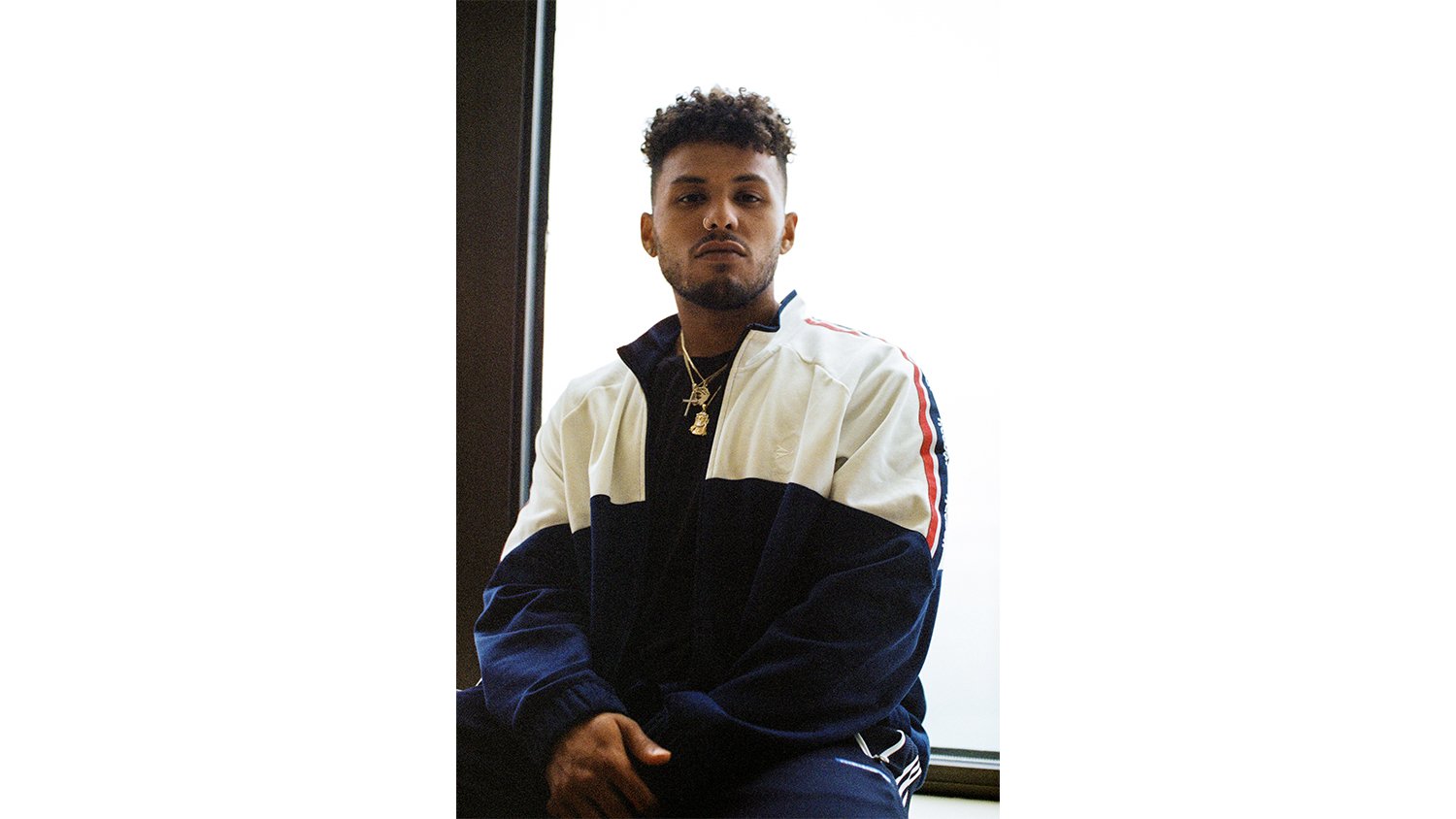 I’m interested in your comradery with other Chicago artists like Chance The Rapper and Vic Mensa. Now that you’ve all seen individual success [outside of Savemoney], is it still the same?

It’s different and the same. When we kick it, nothing’s changed. We’re all adults and have the same senses of humour, we do a lot of the same stuff we used to do. But in many ways, it’ll never be the same as it once was. We can’t just go out and fuck around like we used to. Chance and I, plus Brian Fresco and a couple of others, we all have kids now, so we’re approaching life differently.

Does hip-hop feel the same way to you as it did growing up? Do you feel as if it’s diluted, or if the quality of lyrics have diminished?

I think that people don’t give rappers today enough credit for lyrics, because it isn’t in the same format as it once was. Future raps better than a lot of the dudes back then, if we being honest. If we gonna’ talk about it, we have to talk about it [laughs]. There is lyricism in the music we hear today, it’s just under-appreciated. There’s genre blending and more vocal performances—hip-hop is really becoming a lot more like Rock and Roll. Rock and Roll is old enough now that you can have radio stations just for 60s rock, or just 70s rock, or oldies rock, hair metal, soft rock, alternative rock, indie rock, you have all these stations for different sounds in the same genre. And that’s starting to happen in hip-hop. We’ve already got the 80s throwback and R&B crossover stations. We’re at the point where hip-hop is a real American art movement. People thought it would come and go, but no, we’re here to stay.

There’s a real diversity to the hip-hop coming out of Chicago, with guys like you, Saba and Vic Mensa, then artists like G.Herbo and Chief Keef. What is it that brings you guys together?

It is simple man: it’s the city of Chicago. We live near each other, we’re friends. This city is the common ground.