Last year the Australian Beatmaker Invitational was presented in Sydney by Joint Adventure and Grindin’ with international act and guest judge Kev Brown flipping tracks with Aussies like Katalyst and Chasm. The 26th Letter (Soul Benefits) left the arena bearing the crown of the first, but not last event.

Success was the catalyst for the next event being re-branded and being open to entries from talented homies in New Zealand. This February the event will be held over five locations over Australia with some local legends guesting and judging alongside the inimitable House Shoes.

If you want to score some sweet prizes (including a year’s subscription to ACCLAIM), then submit three of your beastiest beats before February 3 and get ready to throw down.

Be sure to include your name, stage name, phone number, and city you want to compete at in the email. 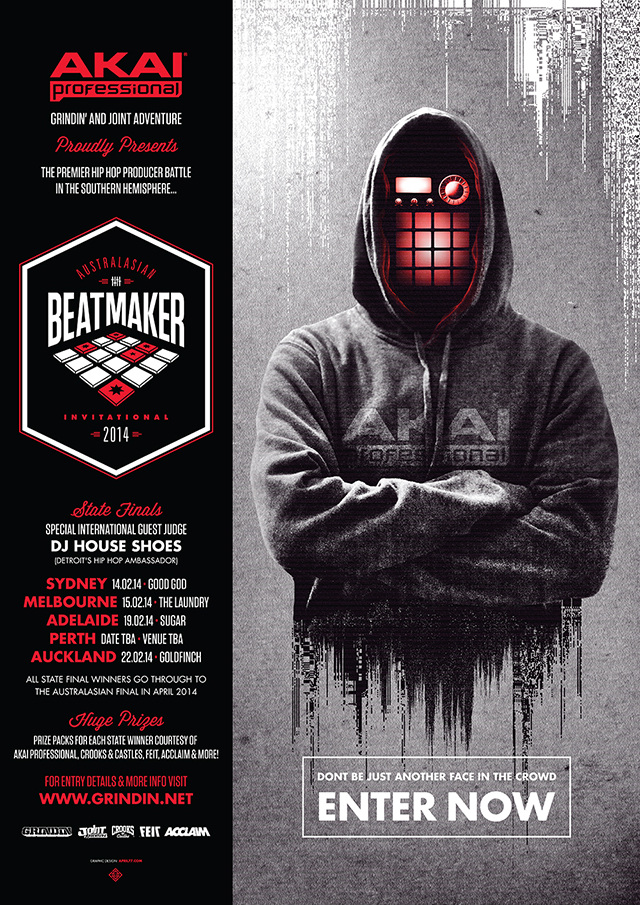