Hip-hop’s generational divide, according to Desiigner

After going diamond with 'Panda', the GOOD music rapper is on a journey that holds no limits

I met up with Desiigner before his performance at the Huffer show for New Zealand fashion week; an event he flew over 15 hours exclusively for. He was filled with manic excitement, live ad-libbing his way through every sentence. But this wasn’t for a fabricated brand, or to fulfil his meme-able persona, he was genuinely excited to be here. Desiigner applies the same energy to performing with Kanye at Madison Square Garden as he does performing for 100 kids at 170 Russell. He’s appreciative, kind, and honoured to share his creativity with the world. Desiigner isn’t a phase or a trend, he’s an artist, and he’s looking to reintroduce that fact to the world.

It’s a pleasure ya’ dig!

Have you been to Australia before?

So have you come out exclusively for the Huffer event at New Zealand fashion week?

Yeah man, I came out here exclusively for Huffer. Shout out the team man, they gave me this beautiful yellow jacket. Highly visible. Desiigner’s out here man! I didn’t know it was going to be cold like this out here so we had to get everything brand new.

What are your thoughts on New Zealand? Did you have any preconceived notion of what this place was?

Oh man, when I first got to Auckland I immediately thought ‘Lord Of The Rings!’ It’s a really pretty land that I wanted to see. I got a lot of supporters out here that I wanted to meet and you know, just turn up!

It’s interesting because there’s such a strong hip-hop scene out here. New Zealand only has a population of 4 million people, yet there are so many people that support local artists, and radio stations that are even dedicated to just rap music.

That is really interesting, and I’d love to interact and collaborate with the artists here. This isn’t just a stop you know, this is an experience, and I want to meet everybody out here!

Since you’re out here for Fashion Week, let’s talk fashion. How would you describe your style? 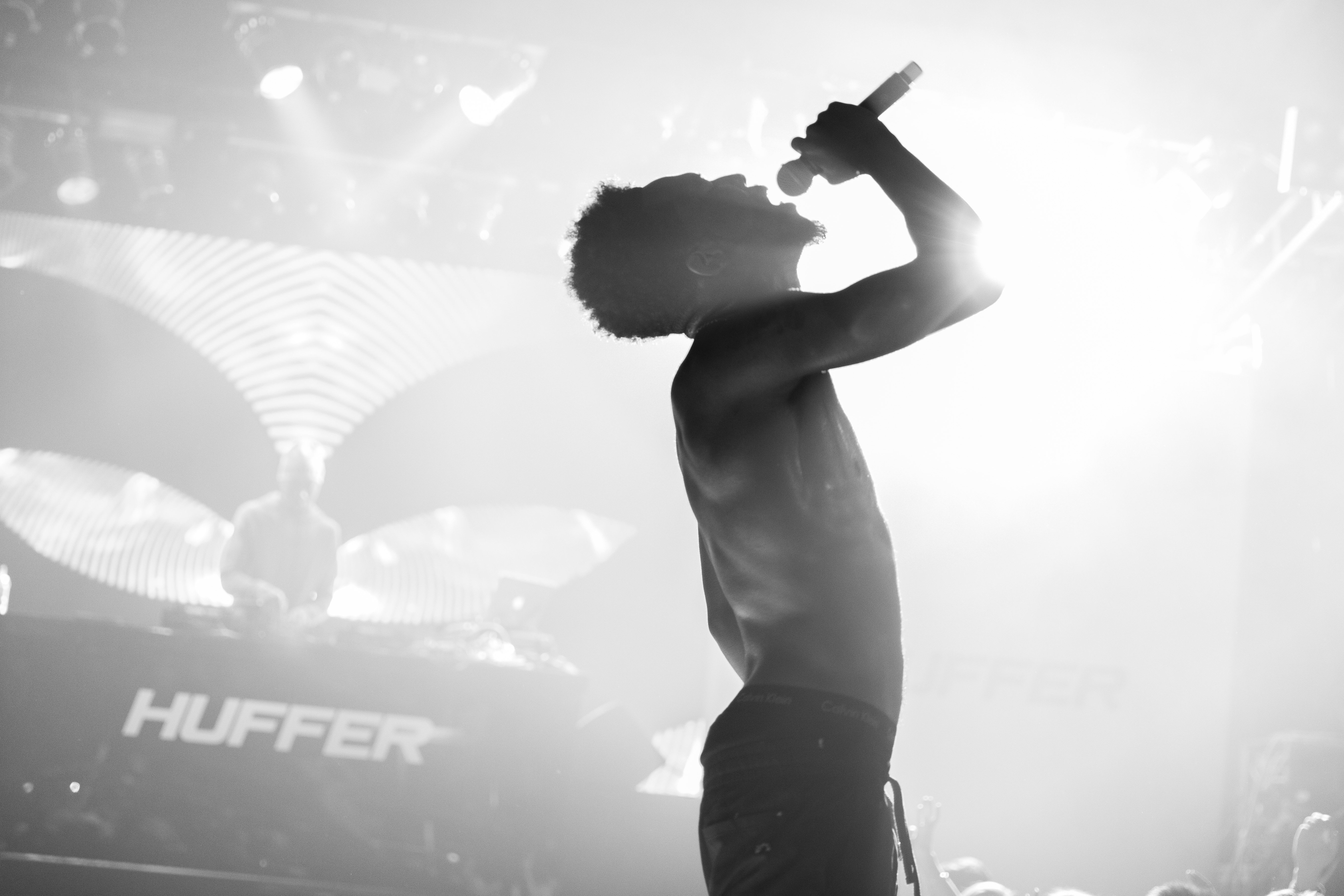 You’re often seen dressed in luxury brands these days. Is this a new love for you? Or have you always been messing with high fashion?

I’m in luxury all the time man. My name’s Desiigner man, you know I got to go for the higher stuff. But I also support all the upcoming brands; all the underground stuff. You gotta’ start with somewhere, so I’m ready to get it going with anything. If I love it, I love it. And if the team love it, we’re gonna’ to get it.

You were born and raised in Bed-Stuy?

Was Biggie an influence on you?

Definitely, man, he used to freestyle around the corner of my house. Only seven blocks away. Biggie is Brooklyn.

Your sound is not indicative of hip-hop from New York in the traditional sense. Who were some of your major influences?

Do you think that Genius lyric breakdown video you did help people understand you a little more?

I think so man; I think it gave people a little more clarity. It was dope expressing myself, and I loved being on a whole different platform. Shout out to Rob Markman, he’s my brother. Real talk, we chill out.

Back in the day, the different regions would have their own sound. You had your New York sound, your west coast sound, your southern sound. Do you think that is even a thing anymore? Is it even important? 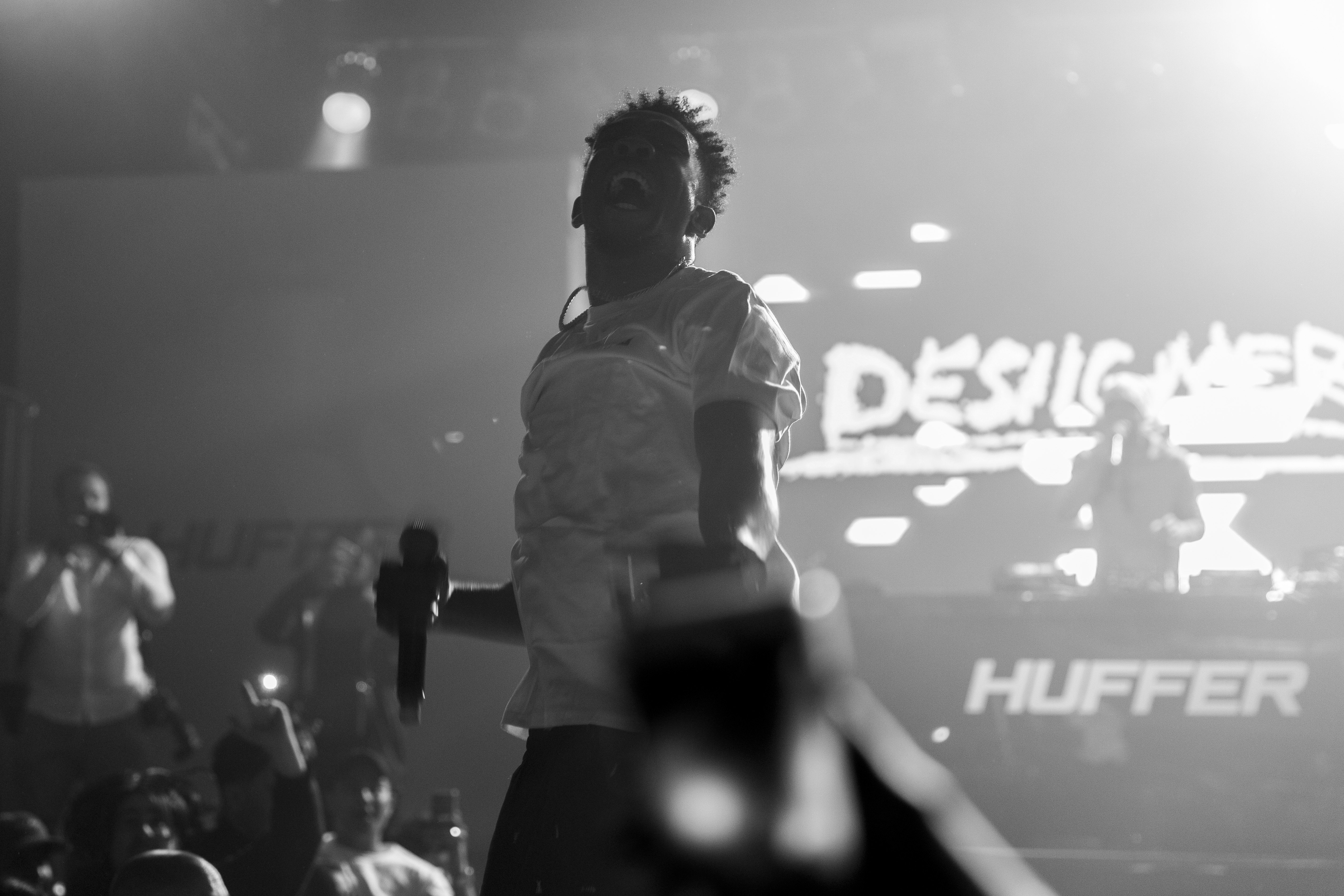 That’s got to be because of the internet right? Because nowadays people have so much more access to music across the world, as opposed to just being influenced by what was being played in the clubs. Now it’s what you listen to on your Spotify.

Yeah! It’s what you listen to in your home. You get to pick your ear and that’s really dope. The internet allows everybody to grow. It’s like school, I call Instagram the biggest high school in the world! (laughs)

There’s been a lot of yelling and screaming between people from the 90s, in which is commonly referred to as the golden era, and the generation of rappers today; in which you are a part of.

I think it just depends on what time and where you grow up. I consider the mid-90s the golden era. I think it’s definitely a perspective thing. But when you hear older people complaining about rap today, what do you think?

It’s just jaded old men. They just need to get up and collab, instead of sitting around and moping because they can’t get a vibe. There’s a lot of these younger artists that look up to the OGS that are out here talking shit. Just get yo’ old ass up, come to the studio and learn some new sounds! The Ferrari 60 years ago isn’t the same Ferrari as it is today. It’s going to evolve, it’s going to see better cars out on the street and it’s going to compete with those; or learn from each other. The world really needs to start learning from each other and coming together. Because imagine if you got uh…. Who’s one of your favourite artists from back in the day?

Imagine Gang Starr and Drake doing a song together!

I mean you see it a little bit with DJ Premier doing stuff with Ferg and occasionally making beats for younger artists.

Oh yeah for sure, I love that. Mike Dean does that too. I love that, just keeping with the youth. There are veterans out there that do understand the evolution of music, and there the ones that live together. The others that want to keep it their way are just selfish.

Yeah, you can’t take it back, it needs to keep changing and growing.

Yeah if it was the same it would be boring. You can’t keep the same two-step forever. 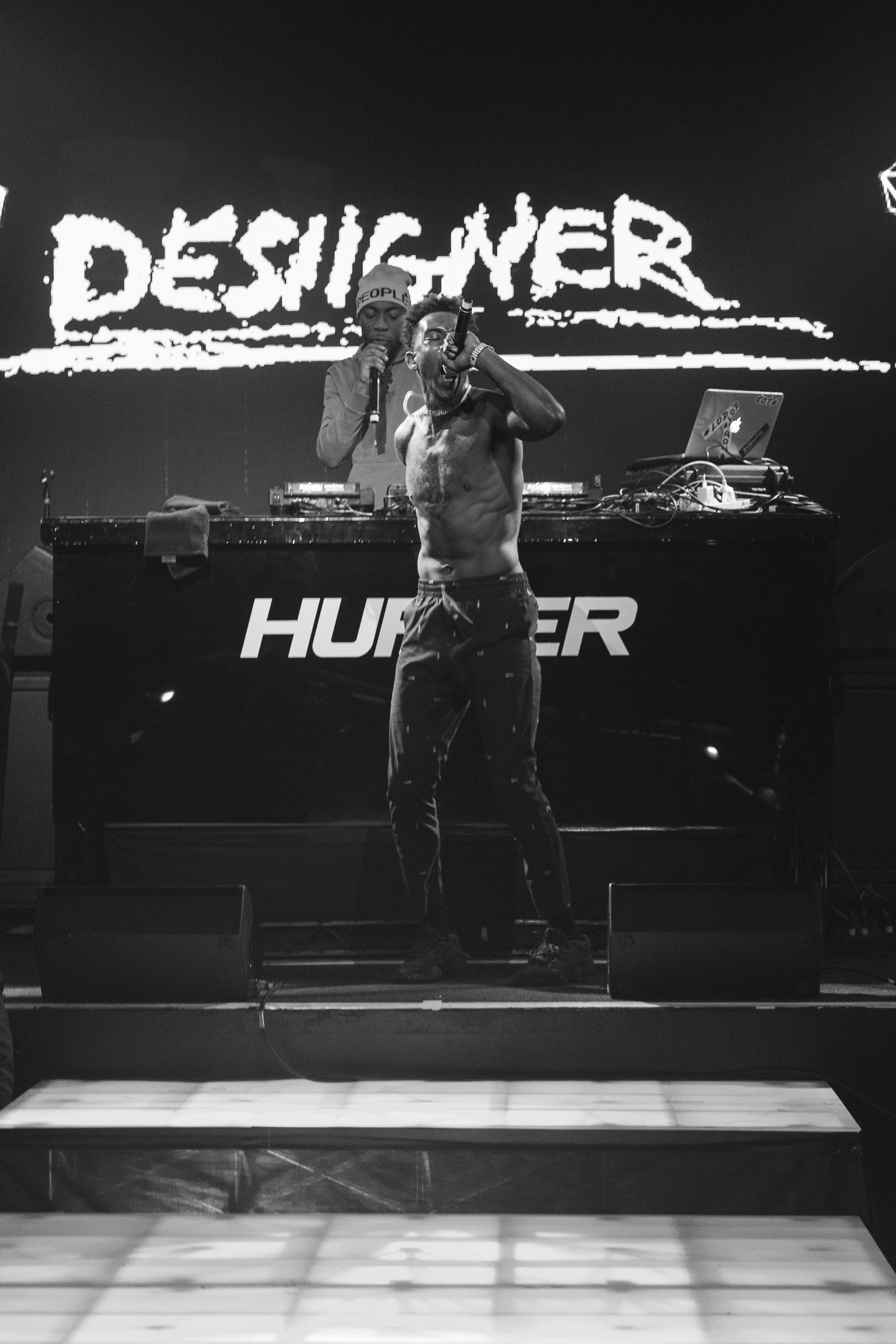 Do you ever feel the pressure to follow up something as huge as ‘Panda’?

Definitely, I’ve definitely got more than ‘Panda’. I’m ready to make it move. I’m in the studio right now just working with everybody. I have a lot of music out right now that I don’t feel was distributed right, and I’m ready to just give the world some music and reintroduce myself.

I peeped your cameo in The After Party on Netflix the other day. You’ve also appeared on Bill Nye The Science Guy. Do you have any more acting roles lined up?

Definitely, man, that’s my dream, moving into the acting world. Superhero movies are my mission. I want to start going to Comic-Con and stuff like that, and I don’t mind if it’s DC or Marvel!

Do you have any other aspirations outside of music and acting?

Fashion man. Anything I can put my hands on. My mind runs at a million miles per hour man, I got boards and posters up in my mansion back in L.A. And I’m just writing things at a million miles an hour. Chilling with the homies, playing Fortnite. Ya’ dig? I remember being in Brooklyn trying to make this happen. I’m coming up with ideas and planning it out. I’ve always just wanted to put things together and be me. Now that I’ve got the time, I’m going to make the world happy.

If you had to pick one thing to do for the next 20 years, what would it be?

It’d be all of them combined. I can’t even lie man, I can’t pick or choose. All of these things make me happy, you get happy watching everything. I could be making a song and watching a movie and automatically think “I WANNA’ BE IN THAT MOVIE”. Everything is just so exciting man.

You’re a rapper working with some of the biggest artists in the world, and you’re signed to one of the most iconic labels in the world. Was there a particular moment where you thought “Wow, I’ve made it?”

I could say when I was on stage with Ye at Madison Square Garden, but everything has been moving so fast. All I know is I wake up to an interview every day; I wake up to my Instagram being lit. I remember three years ago, I could check my Instagram and there would be no comments. Looking at all those things truly shows me that I’ve made it.

It feels like I’m ready for more. Like, what else can you do? It’s like time is in question all of the time. And I’m constantly questioning myself. What more can I do? I’m always ready.