Miley Cyrus‘ personal pimp, producer and crack spirit guide Mike Will Made It needed some feminine flavor for his new Michael Jordan–inspired club banger 23 featuring Juicy J and Wiz Khalifa, so he went with the vanilla swirl and added Miley right after they recorded We Can’t Stop, he told MTV.

“… We were working on ‘We Can’t Stop,’ and I had a verse on [23] that was already laid down, but I wanted a girl to do it, but I didn’t know who I was going to do it with, and this was my first day meeting Miley, and we had just knocked out ‘We Can’t Stop’ and then I let her hear it, and she told me she liked it… She told my engineer, ‘Turn the mic on,’ and she went in the booth, then she laid down the verse, and she killed it. [So I] left her on there. She killed it, all swagged up.”

So, apparently, Miley Cyrus is killing verses now. WTF is this world we are living in?

I like to back it up like I don’t give a fuck, just like the next expletive. But I find it hard to believe Miley Cyrus ever owned a pair of Jays (Jordans) before the #Bangerz era started up. We were hoping to hear her full track with French Montana finally surface, but this will get us through. Check out some behind-the-scenes footage from the 23 video shoot below. 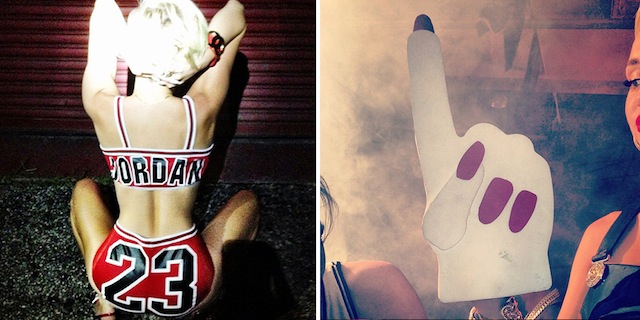 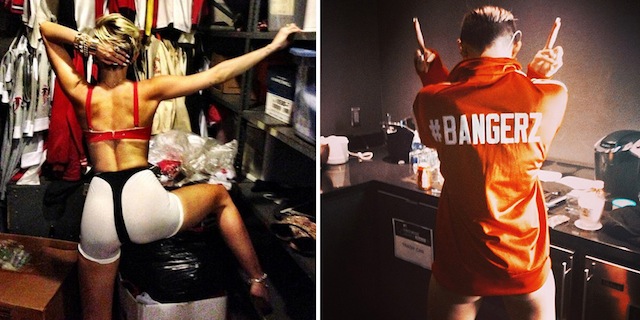 [left & right] More Cyrus buttcheek shots uploaded to her Twitter account for you to enjoy however you see fit. #BangerzOctober8 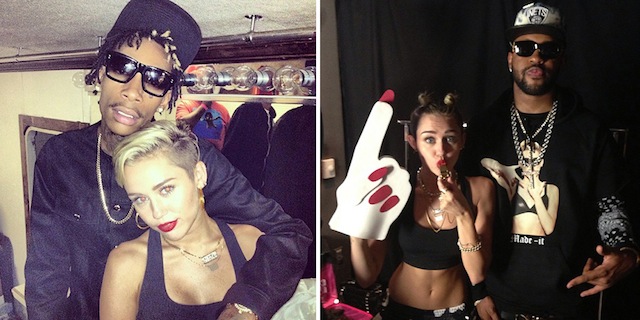 [left] Miley with Wiz. [right] Double-Bun Miley poses with Mike Will Made It.

Eventually, this will backfire on everyone involved, and all we’ll remember is this gif [play].