YBN Cordae Is No Overnight Hype

The YBN rapper speaks on longevity, flipping sneakers, and securing a spot on the XXL Freshman list.

YBN Cordae has been making waves lately. The 21 year-old rapper grew up around the DMV area before heading to the West Coast to join YBN, a collective of rappers and friends who met in true post-millennial style—playing Xbox Live. With the Alabama-born YBN Nahmir and Texas’s YBN Almighty Jay already leaving their mark on hip-hop in late 2017, off the back of Nahmir’s viral tracks ‘Bounce Out With That’ and ‘Rubbin’ Off The Paint’, the stage had been set for Cordae to step into the spotlight.

Coming in strong with his 2018 freestyle over Eminem’s ‘My Name Is’, Cordae quickly differentiated himself from the other YBN crew. He  displayed his knack for storytelling, punchlines, and witty lyricism on his follow up track ‘Young N*ggas’, a response to J.Cole’s heavy-handed critique of rap’s new guard on ‘1985’. Cordae approached the topic with a perspective that only a 20-year-old who was brought up on classic rappers like Jay Z, Nas, and Big L could have.

Fast track to 2019, and Cordae has landed a spot on the coveted XXL Freshman list and recently dropped ‘Bad Idea’ featuring Grammy award-winner Chance the Rapper. In the lead up to the release of his debut album, we jumped on the phone with Cordae to chat about his musical journey, his experiences on the road so far, and where it all started for him; sneaker flipping. I’m good man. Hey congrats on making the XXL Freshmen List. It just dropped a couple of hours ago.
Yes sir, I appreciate that my man, thank you.

I know YBN Nahmir and YBN Almighty Jay were on there last year. What does being on that list mean to you?
Yeah, I mean everything bro. You know XXL and the cultural relevance of it, you know what I’m saying? There are historic connections between XXL and hip-hop in general. It’s left an imprint and a stamp on hip-hop so it’s really dope.

It’s something you’ve gotta check off the list, huh?
For sure, exactly. I don’t care what nobody says man, everybody wants to be on XXL.

Okay, so take it back to the beginning.  You first discovered hip-hop from your dad playing music around the house right?
Yes sir, absolutely. Moreso in the car because we used to travel and move a lot but yeah he was playing a lot of hip-hop.

What stuff was he bumping back then?
Jay-Z was number one, Nas, Big L, Biggie.

So it was a lot of East Coast music?
Yeah for sure, but also T.I., 2pac, Eminem, all that.

When you first started writing and trying to rap, was there an artist you wanted to sound like?
I wanted to be like Jay-Z. I was trying to emulate him and Nas. Then, when Drake came out I wanted to start singing on my own hooks, you know what I’m saying? Kanye was a huge influence too, huge.

I heard that when you were younger, you would flip sneakers for money to buy recording equipment?
Yeah absolutely man, that was my thing!

What’s something you learned from selling sneakers?
I think it taught me how to bargain, you know? Becoming a young businessman, because it’s a business in itself, an entrepreneurship. You gotta know the market value of the shoes, what kind of leverage you have and so on. It’s really dope. It helped with the business side of my music too.

Can you tell me about the formation of the YBN crew. How did it come together?
We all met online on some internet shit, you know? Jay, Nahmir, Glizzy all met each other playing Xbox live and I met them on Instagram. So whenever we were in the same city, we’d always link. I came in a little later, but still before Nahmir blew up and YBN blew up. I was just always just around on some homie shit, we were like family, you feel me?

I heard a bar of yours where you said “I’m longevity chasing, you’re an overnight sensation”. What kind of things do you think a rapper needs to do to have longevity in their career, especially when there’s more competition than ever?
Really just follow Jay Z’s blueprint, follow Drake’s blueprint, and add your own spin to it, obviously. Keep your shows premium. Don’t flush your brand out, don’t do a million interviews, don’t do a 100,000 features. Don’t drop an album every four months. That kind of stuff.

You do see it a lot, someone will have a hot song and try to capitalise on it too quickly.
They hoe themselves out. If you think about it, I haven’t dropped an album yet. But by dropping a track once every four months, I’ve already extended my career, just by doing that.

Can you tell me about the newest single ‘Bad Idea’? You had Chance the Rapper on the track, was that a dream feature for you?
Yeah, I mean Chance—10 Day, Acid Rap—I grew up listening to those. Chance is an amazing artist and a really dope human being so it was definitely a pleasure to work with him because he’s super cool and super humble, you know what I’m saying?

The beat on that track uses a sample from Scarface’s ‘On My Block’ too right?
Yep absolutely, and I got Scarface’s approval on it too before I dropped it. I wanted to get him in the video for it but we couldn’t get him on an available flight in time from where he was at.

So you’ve been working on a new project, what can we expect from your first album?
Yes sir, I’ve been working on The Lost Boy project. I’m really done with it on my side, it’s just the mixing and the finishing touches to it. It’s really just me telling my story. It’s an introduction to me as an individual artist.

You toured with Juice Wrld last year, how did you like touring with him?
Man, that was fire. It was my first time performing in front of people. Juice Wrld is my homie so that was really dope. I learned that I had a shit live show. My show was not dope. It got the job done for sure but I knew I had to upgrade my show, it wasn’t as strong as I wanted it to be. I want a spectacular show. I also learned just about being on the road, staying healthy, all of that.

I know you and Juice both like to freestyle, I’ve seen some footage of the two of you swapping bars. Is he one of the guys who you can get on that level with and really freestyle with?
Yeah, he can keep up. He can keep up with me. Juice is really dope and he can go for long, too. He can freestyle for like two hours. You’ve probably seen some footage of us free styling on the tour bus. We’ve got like a million freestyles together for sure.

And what about touring with YBN?
Oh man, that’s real life family so we really just be having fun when we’re all together. It’s a family affair.

Who are three rappers that have been impressing you in 2019?
DaBaby, Roddy Rich, and Megan Thee Stallion.

Oh nice, they all made the freshman list with you this year.
That’s right, absolutely.

What’s the best thing about Maryland?
Probably the Chinese food, the carry-out.

YBN Cordae, thanks for your time man. Hopefully we see you out here in Australia soon.
You sure will man, appreciate you. 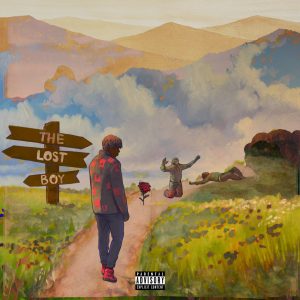