Miley is Lil’ Kim for Halloween

Miley’s purple wig post from earlier today has been explained via the grand unveiling of her Halloween costume. These days, it seems like all of Miley’s Twitter pics ‘may contain sensitive material’, but in this case, the only person that might be getting a lil vulnerable is Lil’ Kim. In an epic case of ‘who wore it better’ it appears Miley is set to take Kim on in her own outfit as she replicates the controversial purple wig and outfit complete with a nipple pasty Kim wore to the 1999 MTV Video Music Awards. Miley has been quoted saying that “I feel like Lil Kim is who I am on the inside,” and now she can truly be Lil’ Kim on the outside too.

In fact, in the process of writing this post, Lil’ Kim responded to Miley’s homage to her one boob in one boob out look, saying “Awwww. Look at my baby @mileycyrus tonight!!! Looking GORGEOUS!!! I wish I was there to squeeze your boob :) :) Love U so much !!!! #mytwin”

After Paris loaned Miley’s look earlier this week, it’s becoming increasingly obvious zombie brides and mummies are no longer #relevant in the crazy world of celeb dress ups unless of course your the guy Miley is twerking on. 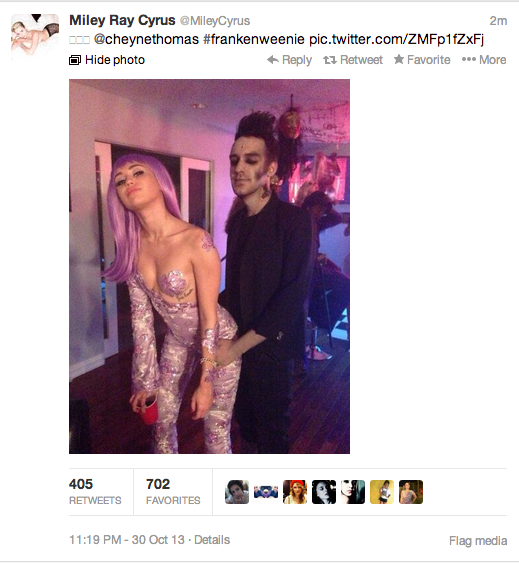 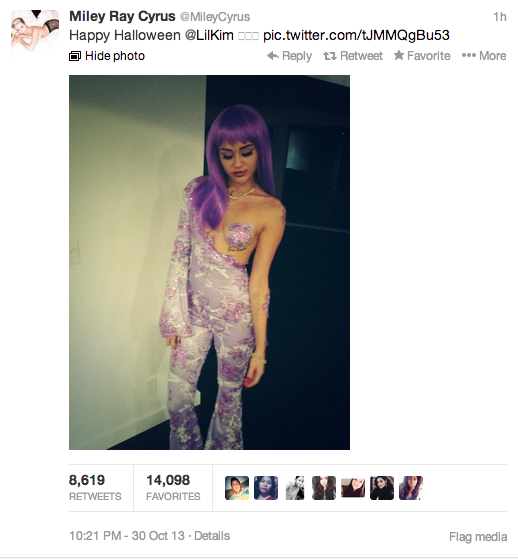 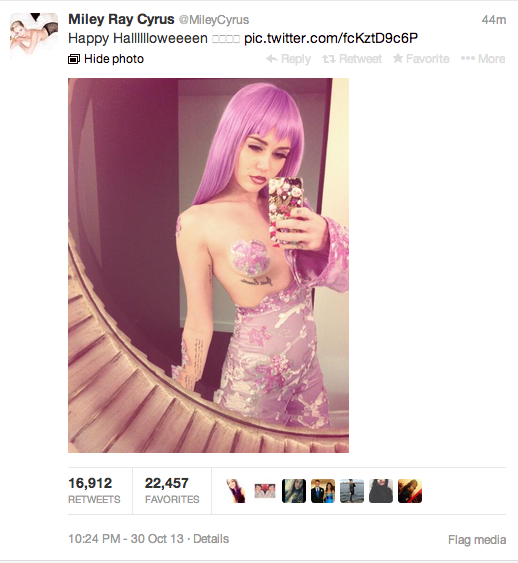