It’s been a sad week with people worldwide mourning the deaths of human rights icon Nelson Mandela and Hollywood actor Paul Walker. As always, social media has been the go-to sounding board for everyone’s messages of grief, support and, sometimes, crude opinions. And here’s a strong contender for Most Inappropriate Thing To Do Following Someone’s Death. 18-year-old Paul Walker fan, Jameson Witty, was arrested after he stole a piece of the wreckage from Walker’s fatal crash…and posted the damn thing on Instagram. 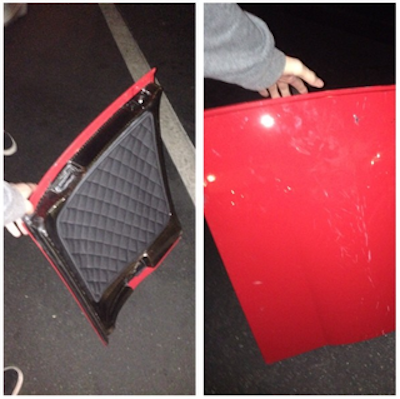 The photo has now been removed from Instagram (not before somebody could screenshot it) and expectedly, there has been a major backlash against the guy via everyone’s favourite soapbox – the internet – which sparked the below note to be uploaded instead. And judging by social media’s initial reaction to the news of Walker’s death, I’m sure people will choose to remain offended by Witty’s actions, despite his apology.