Following the release of his latest mixtape Ferg Forever, the Harlem collective member has announced a four-stop tour to Australia and two-stop to New Zealand for mid 2015. He’ll be bringing his notoriously energetic performance, sparse beats with powerful vocal stylings and his impeccable hustle game to Aussie and NZ stages as well as belting out appearances at Groovin’ the Moo festival.

The ‘doe-active’ trap lord hit up Aus last year too. I guess there’s something that keeps him coming back.

Dates and venues are:

Auckland, The Powerstation – Thursday May 7

Tickets go on sale February 17 and are available through Live Nation. 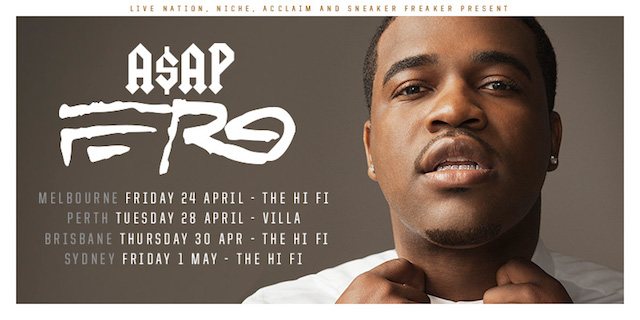