Semi-hypothetical scenario of how things played out in regards to the Melbourne leg of Listen Out festival. Before you rage blackout and block all of your Facebook friends, please take note of the fact that your boy Shlohmo is doing a damn sideshow.

Let’s be real, there are some shawties out there who missed his last Melbourne club show due to illness. (Okay, that was me, but in my defence I caught him at Laneway Festival, which was 100). Furthermore, there are definitely some shawties out there who discovered his work since his Songs from Scratch collab with Jeremih and are like totally heaps down for Wedidit after that No More collab EP dropped recently.

Wherever you tier in the Shlohmo fandom realm, please take note that none of the hierarchy means shit if you don’t catch him at Howler in Melbourne after Listen Out. We’ll be there. Our buds BBE will be there. Your favourite dressed-head-to-toe-in-black bandit will be there. Will you be there?

Tickets are available from Moshtix. 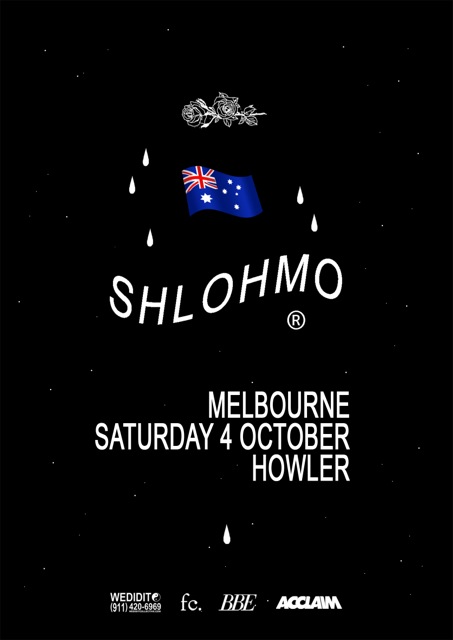