About 20 years ago a shoe brand called Lugz released a collaborative boot with Birdman which at the time was probably the most heated sneaker/workboot/rap combo out. For those asking whoorwhatthefuckareLugz, all you need to know is that their first celebrity endorsed shoe was an ‘urban driving shoe’ by Funk Master Flex.

Now, ignoring the fact that sartorial years are less forgiving than dog years, Lugz and Birdman have got back together to release a twentieth anniversary of collab. And how do you go about reigniting a shoe that’s been culturally dead about 20 years? With a Marvel comic, of course. Issue #11 of The Amazing Spiderman has Birdman doing business with the biggest ciminal in the game, Kingpin. Apart from there already being a Marvel character called Bird-Man, I can’t see what the link is here. Maybe Birdman is smirking because he’s getting Kingpin to sign himself to Cash Money Records with the promise of releasing his debut self-titled album, but really he only keeps him on as a figurehead to bolster the label’s image in the media and never actually releases his album.

In other superhero/rap news the new issue of Captain America features Rae Sremmurd sidekicking it with Falcon, who has taken over from Steve Rogers because he’s died for about the tenth time in the series. The limited edition first issue is being peddled for a ridiculous $170 USD to anyone with cash and regard for the No Flex Zone. 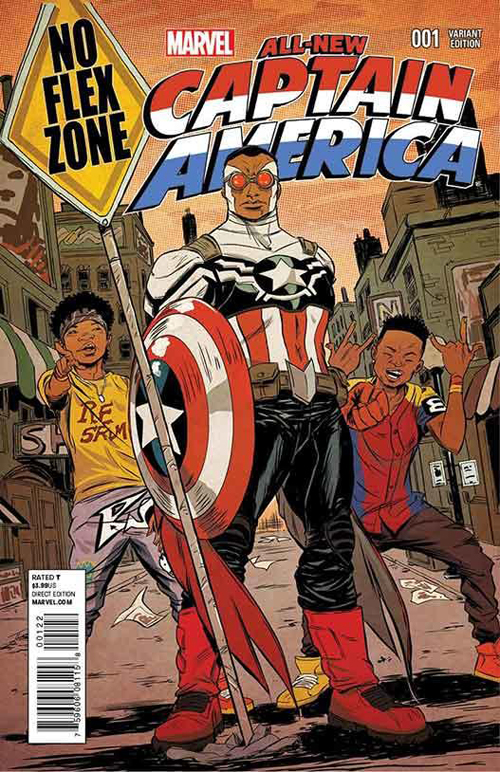