Denzel Curry: Maskless in the masquerade

Florida's finest is here to say the shit others don't

Denzel Curry is a man of confidence. His delivery is ferocious and his lyrics are aggressive; traits that have seen him flourish in the rising scene of Florida hip-hop. He’s positioned himself as a part of the new age while having his impact implanted in history with affiliations to the Raider Klan. Denzel is an anomaly, transitioning between conscious rap and calculated rage. From the grimy underground of his mixtape Nostalgic 64 to the breakout barrage of Imperial (that helped propel him onto the 2016 XXL Freshman list), Denzel has always known that he was great. Which is why I was surprised when I found out about his nervousness for his new album; Ta13OO (pronounced Taboo.)

“I’m just wondering how people are going to perceive the album,” he says, “I’ve been working on this a really long time, and I’m curious what the reception is going to be like.” Denzel’s nervousness is understandable; it has been over two years since his last full-length project, and the changes Denzel has made on Ta13OO foreshadow a new direction. There’s elements of socially conscious boom-bap, soul-crushing metal, other-worldly psychedelia, and of course, 808-thumping bangers laced throughout the project’s 47-minute duration.

“I was inspired by acts like Pantera, Kendrick Lamar, Donald Glover and all my peers that are going hard out there. But most of the influence comes from listening to my past albums, and trying to figure out who Denzel Curry is again.”

The project has a dark aesthetic. A style Denzel brought back to the mainstream with the Raider Klan. Eerie synths and Memphis-drenched vocal samples lace songs like ‘Vengeance’; these being sounds that were pioneered by Three 6 Mafia, and continued by artists like SpaceGhostPurrp, Bones, Xavier Wulf, and Denzel himself. The song also features Zillakami and Jpegmafia, two of rap’s best up and comers, show that the Raider Klan influence is strong even when it’s not appreciated. “That shit was mystic” Denzel reminisces, “we were doing shit different”.

“Nobody wanted to give us credit until I stood up and told people that Raider Klan started a whole lot of this shit that we see in the new rappers. We had a sound, and they got big off it.”

Ta13OO isn’t just a prime example of Denzel exploring new sonic horizons but also a testament to his growth. It’s Denzel Curry at his most Denzel Curry yet, and it’s truly mind-blowing how he went from underground classics like ‘Threatz’ to inspiring the youth on songs like ‘Percs’. It’s clear that he’s more focused on a better future. “I’ve found way better ways of controlling my anger,” he says, “I no longer lash out with my emotions”.

“I’m still sensitive, but I’ve learnt how to use my sensitivity in the right way. I would say I do more strenuous activities to relieve stress as well. I’ve just been trying to separate the boy from the man.” 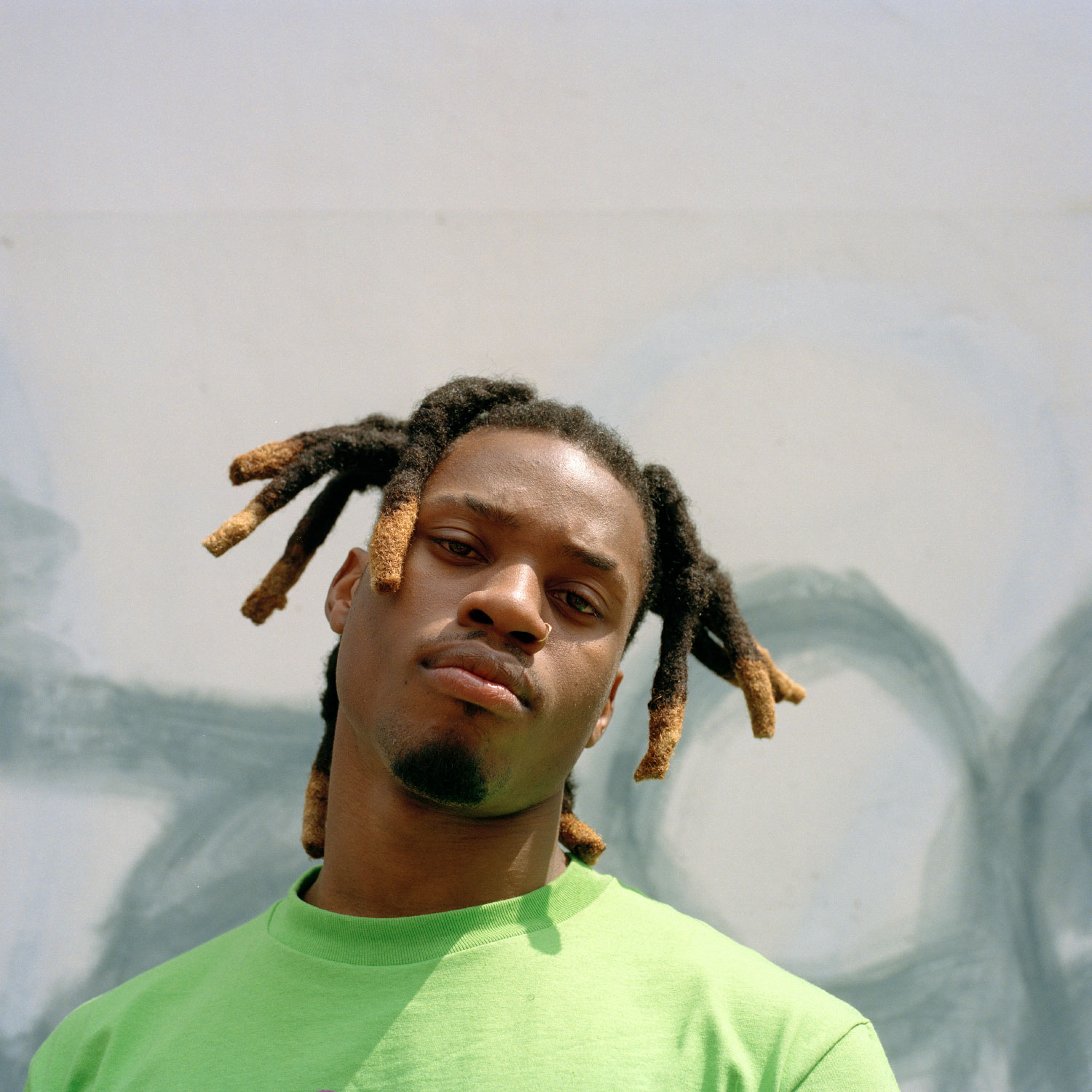 Separating the boy from the man is an accurate description because Denzel rips the mask off of his past music on Ta13OO, revealing himself as a leader. His hunger is still the same as it was when he was a kid in Carol City, but he channels it in a way that is meant to inspire new generations. In the video for his song ‘Clout Cobain’, Denzel is depicted as a clown in the circus of social media; masked, gun-equipped and trying to channel a world where these things are ‘cool’. It’s a satire on how hip-hop is today. Instagram live, face tattoos, and a generation of people paving the way for the next with the tip of a lean bottle. “It’s that live fast die young shit. It’s all about living in the moment and not thinking,” he proclaims, “if you’re thinking in that lifestyle, people think you’re lame.”

“It gets to the point where the kids are affected, and I’m only here for the kids. I’ve got nieces bruh, two of them that look at this shit, and I don’t want them to grow up thinking or saying the wrong things; acting a way that isn’t truly them. I feel like somebody gotta’ stand up and say something.”

In this current social and political climate, we’re at a point where we don’t even know what taboo is. Does anything oppose societal norm when the president of the United States openly commits treason? The boundaries that build our communication are abolished, and the world is now an open field for revolution. However, Denzel doesn’t rely on politics, he uses songs like ‘Sirens’ and ‘Taboo’ to inspire people directly. Why? Because he knows the government doesn’t give a fuck. “People are desensitized to things that were once considered taboo,” he says, “so I’m going to talk about the things people don’t talk about.” 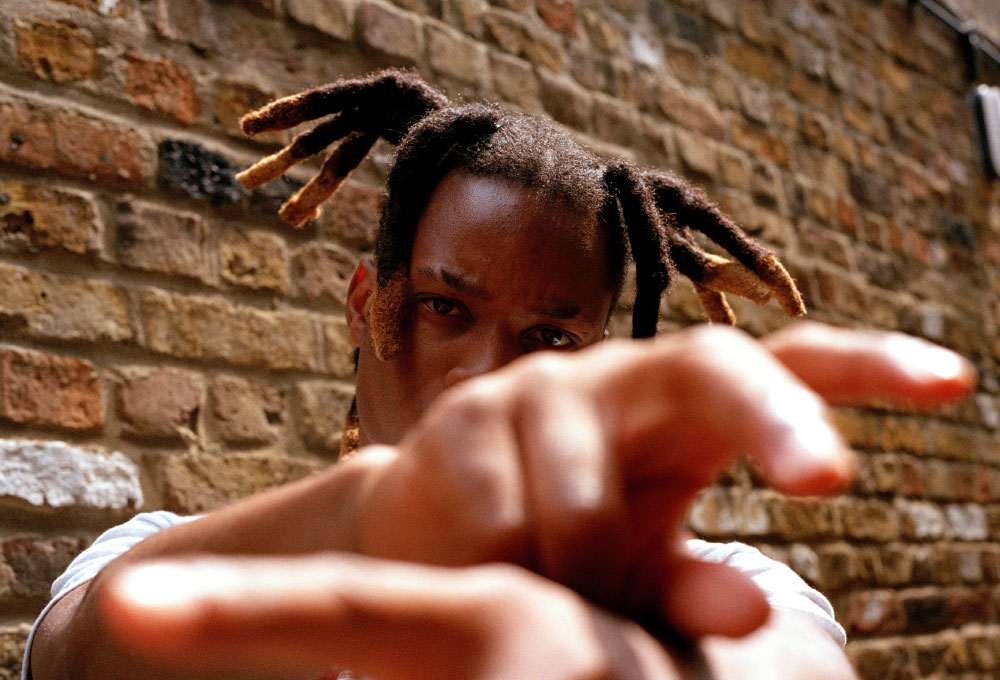 The exploitation of cultures has been an issue in the world for generations, and it has trickled down into the realms of hip-hop for decades now. The greed and control of corporate labels have designed a way to profit off rap’s youthful stars before leaving them out to dry, much like the gentrification that sees their families homeless. And although we see artists like Denzel successfully navigate without losing his rights to a contract, many artists still fall for the corporate trap. “It’s that quick money; that quick opportunity to flex on you,” Denzel says.

“You gotta’ think about it, some of them want the money for themselves because they want the jewellery and all that, and they think ‘Oh I’ll pay it back with the album’. But then you’ve got a family to feed as well. There are so many aspects and perspectives to it that makes it hard to pinpoint one thing.”

We often see drug use and addictive personalities in this new generation of rap. It seems that it stems from the corporate pressures these artists suffer from. Artists revert to the illusion of success or happiness to convince themselves that they actually feel these things. Denzel describes it as “a generation of depressed kids trying to numb their sadness”. He’s even fallen victim to the curse of social media, declaring to take a break from the platforms earlier this year and finding new ways to seek balance.

“I do a lot of martial arts. I’m angry and nice at the same time. If you hear a lot my records, I come across angry as hell. But when I’m doing martial arts or performing on stage, I’m able to control that anger. “

Even with Lil Peep and XXXtentacion’s deaths within in the last year, it doesn’t feel like change is coming any time soon. “Everybody has to wake up,” Denzel says, “I can do my part but that’s only a little bit to spark someone else’s.“

“I think the influencers need to take a stand so that the youth can do better. I’m talking about everybody. The kids are learning from us, and if we do dumb ass shit, they’re going to do dumb ass shit as well.”

So in a world where common sense and empathy is lost between selfishness and corruption, Denzel Curry appears maskless with a forward facing focus for change. He is establishing himself as both a pioneer and an up and comer in hip-hop, is now looking to create a legacy with Ta13OO. Denzel found his inner potential on this album and fleshed it out in a way that both bangs in the club, and inspires discourse throughout the youth. Of course, Denzel is nervous about this release; the climate we live in thrives on despair and a lack of trust. But the risk and the ability to just do things is what makes Denzel an indigo child. He’s shown his face to the world, scars and imperfections included – and he wants us as a society to do the same.