***This page is meant for mobile viewing only, if you are using a Desktop, we strongly recommend viewing the article here***

In his car, Digga D is framed by two looming towers. He’s wearing a balaclava. His braids slink across his face.

“When I was around like 10. I was messing around rapping with my cousins and stuff. As a joke,” explains Digga. “We were probably just having like little cursing matches like rap battles or something.”

He started taking rap seriously in 2017. “When things started to take off,” says Digga. “When I started to get paid from it.”

The zoom call is being monitored by his manager. His lawyer has also approved the questions. The stage for the interview is set by his current conditions.

Digga D was the first UK artist issued with a Criminal Behaviour Order that affects the type of lyrics he can write. Under the strict conditions, he was forced to notify police of any releases and submit his lyrics for approval – otherwise, he would be imprisoned.

A recent BBC Three documentary Defending Digga D detailed the hurdles Digga has faced since the beginning of his career. At the age of 20, the rapper has been imprisoned three times. He has been fitted with a GPS tracker and was made to check in with probation every three hours – at 11am, 2pm, 5pm, 8pm and 11pm every day. 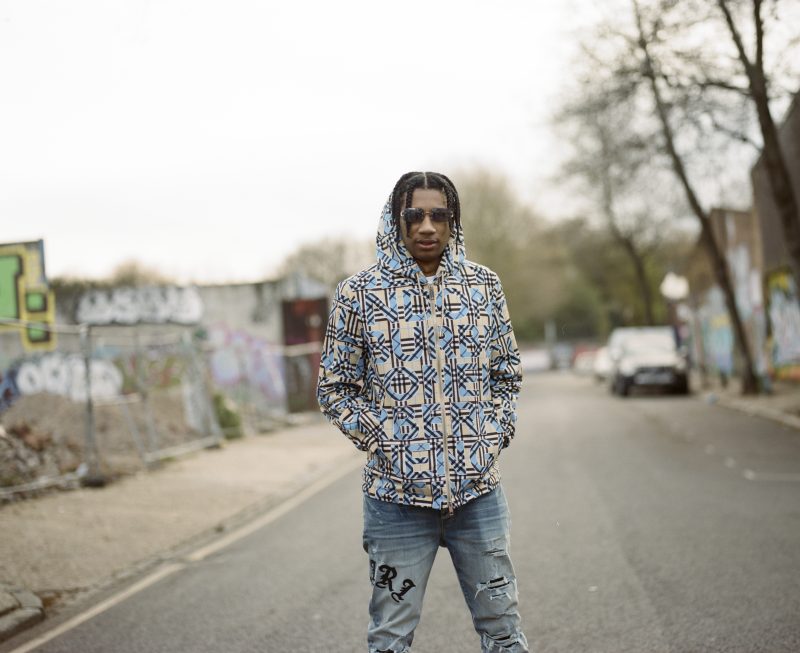 This year, Digga D dropped the highly-anticipated mixtape Made In The Pyrex. The mixtape features M1llionz, and fellow Ladbroke Grove rapper AJ Tracey on lead single ‘Bringing It Back’, alongside viral hits ‘Woi’ and ‘Bluuwuu’.

On ‘Bluuwuu’, Digga spits, “Numerous shootings, the mandem do this, trust me, it’s more than music, Why you think I’m not liked in the industry? Cah I’m in the streets with the shooters.”

For millions of fans, his music mirrors the struggles they face in surviving their conditions. His critics claim he is responsible for encouraging violence.

When asked what emotion Drill music represents? “Partying,” quips Digga. “Soon as I was born. I was raised listening to dancehall music like Vybz Kartel. So I’ve always loved it.”

Growing up, Digga’s roots were in the popular Jamaican genre of Dancehall. But in his youth, artists like 50 Cent garnered his attention. On Made In The Pyrex, Digga pays homage to the G-Unit classic ‘My Buddy’ with his own take; ‘My Brucky’.

On the track, Digga enforced his pace as Drill music’s—lyrical predator, “Didn’t see when I was runnin’ up, Let off two, so pissed I didn’t blood him up…I could turn your life to a timer, let the shit ding when the pin hits the primer.”

For Digga, his approach is intuitive and off the cuff. “I don’t have no writing process. I write whatever, whenever. Literally, I do everything. Maybe, I’ll listen to the beat first. Or maybe, I’ll just start writing and then add a beat.”

Bennet Kleinberg and Paul McFarlane have examined the dynamic use of sentiment in drill music. In the groundbreaking study, the academics from University College London, provide the first empirical insights into the language employed by drill rappers and conclude that lyrics with a positive tone attract more views and engagement on YouTube than negative ones. Thereby dispelling the causal link of escalating violence with the popularity of a genre.

When asked about his favourite verse on the mixtape, Digga quietly responds, “Trust Issues at the end of it. The last song on the tape. Because it’s more deeper than like something emotional.”

On the verse, Digga raps “If I shoot that yute, then boot, everyone gon’ call me the bad guy, I got PTSD from when I got chinged, yo, look at my bad eye, Yuh nuh see how it lazy, we mek him slide and three weeks later the man come back and him snake me, darg, You eva hear bout a ting named Karma?” 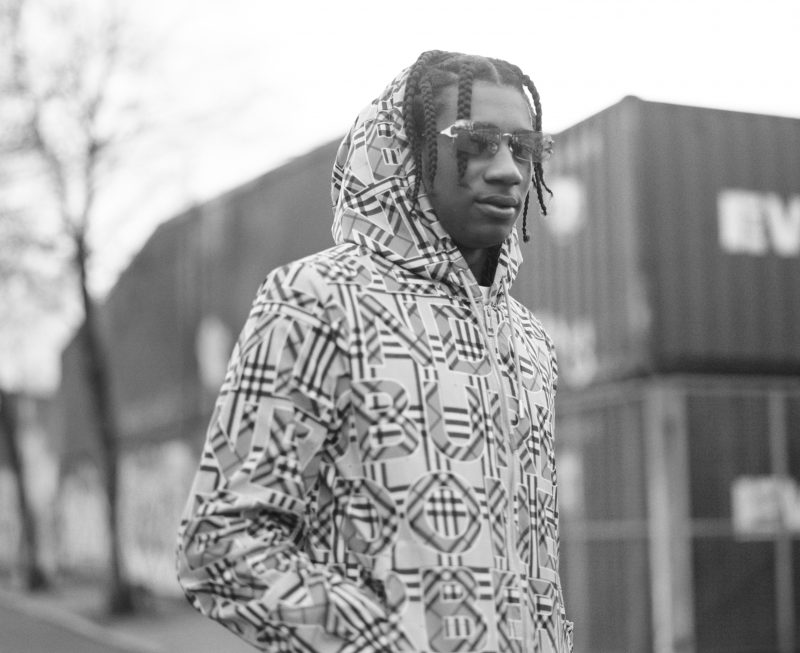 Digga references being stabbed in prison. “I don’t even really like talking about prison though,” says Digga. His advice for impressionable youths is simple. “Prison is not a nice place. Stay focused. Because like, prison is just not a nice place. You don’t want to end up there.”

While imprisoned, Digga D met Homerton rapper Unknown T. Unknown T told VICE about the chance encounter, “I met Digga when I went to Belmarsh prison. I got transferred to a different prison and he was there, so things happen for a reason.” explains Unknown T.

“It all started from me rapping from my window to his window. Everyone in the cells could all hear and engage, gassing it up and that – proper organic vibes. From there, we started rapping back to back at lunchtime, doing little sessions with the prisoners on Christmas day and that.”

Digga reveals that he might be dropping a mixtape with Unknown T. “That was my cellmate,” smiles Digga. “We knew of each other. I’d spoken to him a few times before. It was cool.” When asked about their most memorable times together, “Watching Love Island and writing lyrics together.” On “Chingy”, Digga evokes the tension of violence in prison. “I told little Stizzy to go be the lookout, Cah I ain’t tryna lose this telly, Ask Unknown T, my celly, If I had my man lookin’ like Nelly, I chinged my man on house block four, Turn that wing to a Hotspur.”

As guarded as Digga is about his life and time in prison, the tussle between the lives we lead and our setting, ricochets like a motif in his bars throughout the mixtape. As authorities and politicians parry responsibility, Digga’s bars give a voice to the communities that are trapped.

“What did I learn from prison? It helped me carve more time to write my lyrics. Without rushing.” I asked if being locked-up taught him about patience? “Yeah. A lot about patience.”

Stream the new mixtape Made in the Pyrex now.

Acclaim Digital Cover 007: Headie One Drill’s breakout star is pushing far beyond the sound that made him famous. His latest project GANG is his most intriguing yet.

Acclaim Digital Cover 010: Fivio Foreign The Brooklyn artist talks about why recording his debut album during the pandemic was a blessing in disguise, paying homage to Pop Smoke, and that freestyle with Mulatto.

Acclaim Digital Cover 013: Genesis Owusu Off the cuff of the release of his new album Smiling With No Teeth, we talk to the young artist about chaos, symbolism, and outsider antics.