A who’s who of Australian hip hop will descend upon Melbourne’s Corner Hotel this December to put on a quality show while raising funds for the pet project of one of the industry’s most dedicated photographers.

RISE is a coffee table book project by photographer Michelle Grace Hunder, which is set to be a portrait series of the Australian hip hop industry including some of today’s biggest artists, as well as some early trailblazers. It has been in the works for more than a year and needs a helping hand to get it into the final stages of production.

A few of Michelle’s many DJ and rapper friends have offered up their time to play the fundraiser gig on December 5, with ticket sales going directly to her Pozible campaign. The lineup is looking like a roll-call of some of the local scene’s most influential new and established artists, with appearances by the likes of Briggs, N’Fa Jones, Mantra and Grey Ghost, M-Phazes and co-campaigner Nate Flagrant.

Check out the full event details below and head to the RISE Pozible page for tickets and more info. 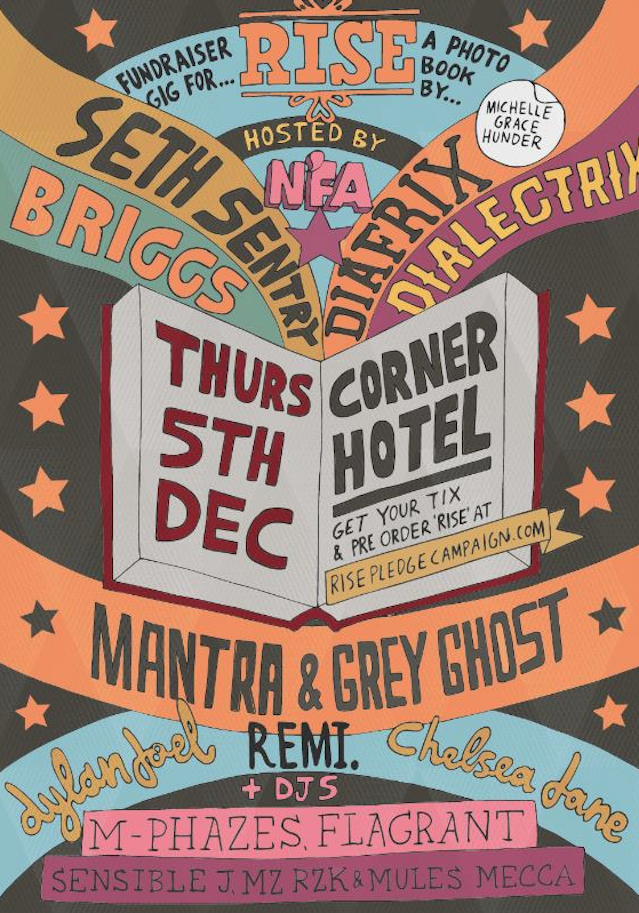