Since they started making some noise in 2016, Triple One didn’t seem like a typical Australian hip-hop group. There were elements of trap, gutter rap and pop in running through their sound, more  $uicideboys boys than Thundamentals.

Their 2018 EP The Naughty Corner is a testament to their consistency, following the 2017 EP The Libertine and a series of standalone singles, which often reeled in around 100,000 YouTube views each. The video for The Naughty Corner single ‘Showoff’ ups the ante on production value and visual storytelling, reimagining their gritty sound as something in the realm of radio-ready Billboard 100 material. It’s never been clearer that Triple One are our best shot at bridging the gap between the Australian underground and the chart-topping international hip-hop world.

We got on the phone to chat with Billy Gunns and Lil Dijon about the group’s progression, the making behind the video for ‘Showoff’ and more.

Hey guys. Just to start off, how did Triple One come to be?

Billy: Marty and I went to school together, and yeah, were the talk of the town [laughs]. We were making beats, pretending to write raps, rap battling at school. Marty and Obi met at a house party and had some grimy rap battle. Then around 2013 we all became friends and made a group, and we made this little crappy album, it was all a bit of joke. And then Dijon became friends with Obi at a house party, and he could sing. He then came over to Obi’s and laid some shit down, and we kind of just started making tunes.

Dijon: It was all a joke at first, but then we made some heartbreaking songs.

Why did it make sense to become a group, opposed to pursuing respective solo careers?

Billy: Well we all loved hip-hop in general, but everyone has got different tastes. There’s also the fact that we’re actually mates as well. I think a lot of bands look for members, but we literally grew up together.

Dijon: Everybody was bouncing off each other anyway, opposed to just sitting by ourselves and making music. Working with people is different from working by yourself, as it helps you progress a bit further. You’re getting a different perspective.

Billy: Yeah, we all have different loves for different sub-genres, and when we come together there’s a bunch of idea flying around the room. That worked for us and is still working for us.

Your latest EP The Naughty Corner really showcases your mastery of very diverse sounds and styles. Why is it important for you guys to experiment, as opposed to honing in on one signature style?

Billy: I think traditionally you’re supposed to go in and choose what style of music you want to make, but we took it in a different direction. If we made it, and it sounds good at the end, why shouldn’t we just own it?

Dijon: It’s a lot more fun bouncing different ideas off each other because you’re not doing the same thing over and over again. By switching it up, you make it less repetitive and a lot more enjoyable; at least for us.

Billy: Doesn’t matter to us whether we make an R&B track one week, and some sort of metal-inspired track the next [laughs]. 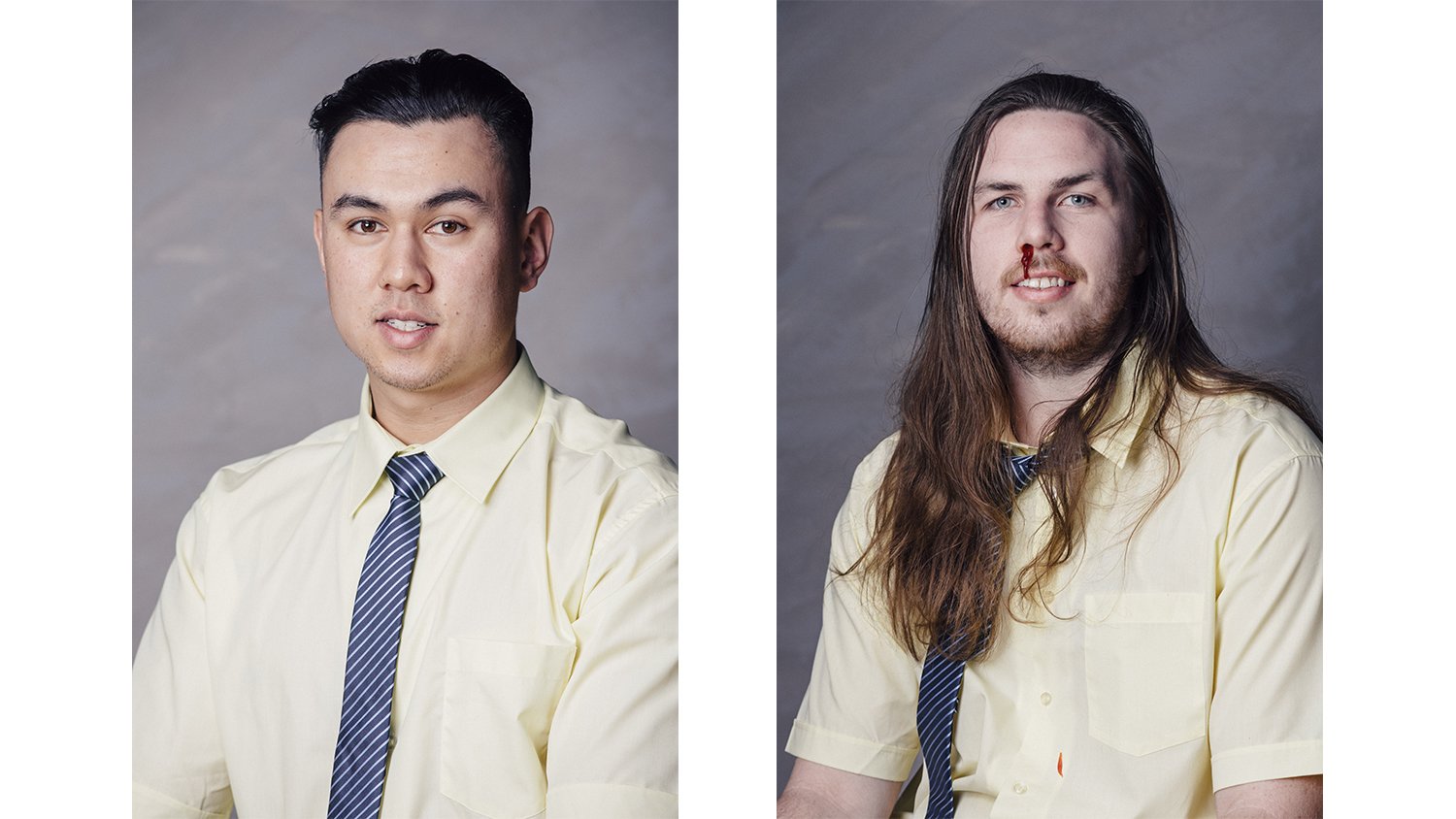 One thing that’s consistent through your music, no matter the  different style you’re exploring, is the bars; which are always filled with passion. Is lyricism important to you as artists? Even as fans of music?

Dijon: It gives the audience something to latch on to.

Billy: A lot of the boys’ bars and stuff aren’t too direct when listening to them, but if you delve into them, they’re very detailed and metaphoric. I think that gives the listeners more elements and allows them to get into your music more.

What’s your recording process like, and have things changed as you’ve become busier?

Billy: The only thing that’s changed is that there are more ideas coming through.

Dijon: I mean one thing that’s changed is that we used to do our music out of a garage, now we do it out of a proper studio.

Billy: Having a space is really important, where you can come to and lay idea down. We all make the time for it, and coming into a space together and bouncing ideas. It usually starts out as me laying down loops and little ideas. Then the boys will listen through and if something is resonating with everyone it’ll turn into a track. We always a few options as to what we end up using.

I first came across you guys  via the Astari YoutTube channel. How much thought do you put into marketing your music? How much have you strategised?

Billy: With the Astari stuff, it was just because we didn’t see ourselves in the Australian hip-hop scene. We were on the worldwide lookout and always trying to see what is going on in America, and of course, Youtube comes into that. We were always following that sort of stuff opposed to what’s going on here. Marketing wise, it was non-traditional in a sense. As we were sending our music to channels and blogs instead of trying to get played locally. We didn’t think our song belonged here, well luckily it’s catching on here now, but we had a very worldwide trap-influenced sound, and we marketed everywhere but Australia. Also the silly little Instagram clips we put up and creating ridiculous characters to associate with your music is important as well.

The way you consistently release music is a testament to your dedication. Aspiring artists can tend to give up when they don’t receive that viral success they might expect. How did  you guys stick to your guns when things may have not been working?

Billy: We always say amongst ourselves that if we weren’t where we are today that we would still be making music. No one heard any of our stuff for the first three years, and we were still doing it three to four days a week because we loved it, and it was so much fun. It’s been pushing us to go harder, and I don’t think we’ve ever really stopped. We’ve just gained listeners in the meantime. And all that stuff where people aren’t getting their ‘expected views’ is a load of crap. There’s so much good stuff out there, and it only takes one person or one channel to put your stuff on and it blows up. I don’t think giving up is the way unless you have rubbish music [laughs].

I love the concept behind the video for “Showoff’. What inspired the idea behind it?

Billy: Marty came up with the idea, he’s the video ideas man. There are a few scenes in there that are based off old moves, like the opening shot from The Shining. I don’t know how he came up with the idea itself, but it’s so fitting. The schoolboy ‘show off’ mentality, and we just grabbed a bunch of dudes from the scene who we are riding with and who are our mates, and we just made a day of it. It was like being at school, except we had beers in the park afterwards [laughs].

There’s a slew of cameos from some of Australia’s best in hip-hop right now, including the likes of Wombat and Raj Mahal. What’s your take on the scene right now? Is it as unified as it should be?

Billy: It is becoming unified, definitely. You’ve got the gutter scene which has been around forever and has always had a following, and now there’s crossover for both sides of Australian hip-hop. It’s more unified than it ever has been. There’s still a long way to go, but it’s flourishing. Guys like Chillinit and Wombat are pulling big numbers, and they’re playing big shows. It’s only a matter of time until everybody is connected and coming up together.

The thing that’s interesting to me about you guys, is that you represent the crossover between the gutter scene and a more mainstream style of Australian rap. 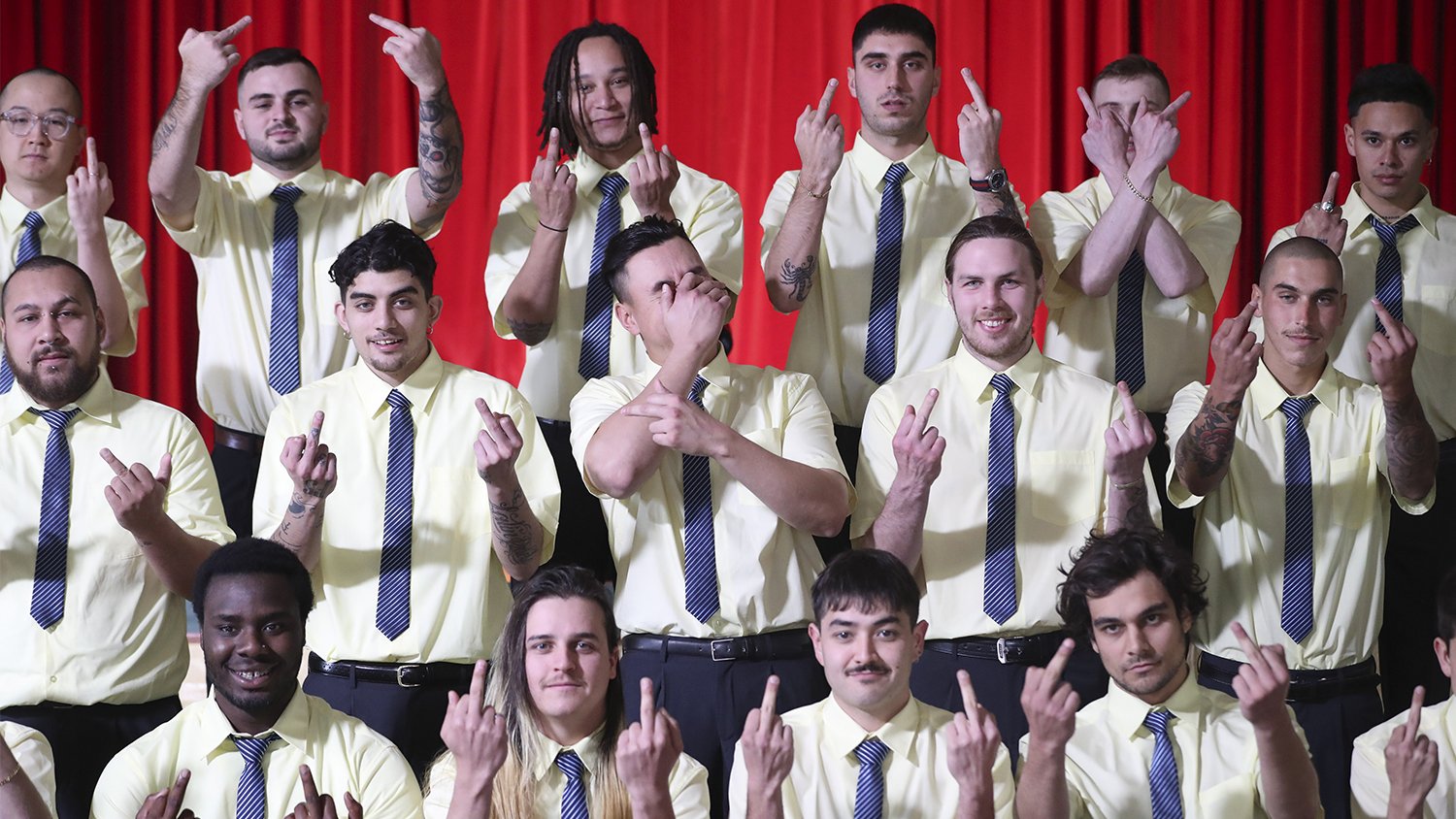 Videos seem to have always been a huge part of the way you guys release music. In the streaming era, videos seems to be less of a priority than what it used to be. What makes visuals important to you guys?

Billy: Video is the number one form of branding with anything really. We take videos very seriously. I went to photo school, so I was doing a bunch of shooting in our early days—and Marty was doing animation. We weren’t just really keen on the making of videos, but we were really serious with applying them to the music. It’s still so important today. People want to see the noise.

2018 is shaping up to be the biggest year in your career thus far. How do you feel?

Billy: It has been crazy man. There hasn’t been a plateau in our writing yet. We put out what we think is our best song one week, and we record something better the next. We’ve got the right people behind us and a really good team. We’re getting on lineups and stuff now. So yeah, things are looking good.

What’s next for Triple One, what do you want to achieve next?

Billy: Hopefully we break a bit into the US. That’s really the big goal for everyone. Australia is really important, but we want to be the first act that really breaks into that market.

Dijon: Other than Iggy Azalea.

Billy: Yeah, other than Iggy Azalea.

Watch the video for ‘Showoff’ below. Triple One are also supporting YG on his Australian tour next month. For more info, click here.