OutsideIn: Get to know the artists

As many of the artists on 2013’s OutsideIn line-up haven’t been to Australia before, we’ve put together a handy guide for you on some of the musicians you’ll be seeing and hearing down under for the very first time.

The first headliner on the line-up is UK artist Zomby. With his trademark old-shcool rave take on dubstep, the masked artist is one of the originators of the crackly pirate radio bass driven sound. Having released material through forward-thinking labels 4AD and Hyperdub (home to Burial, amongst others), his latest release With Love is an expansive double album of intricate electronic music which has already garnered critical approval. OutsideIn will be his very first performance in Aus – get ready for dance floor rattle and crazy bass.

Starting out as a YouTube phenomenon, the Canadian trio reimaginied Odd Future tracks into a jazz medley that caught the attention of music-lovers. Re-working everything from hip-hop tracks to James Blake, BBNG released their own unusual take on the music through mixtapes and their collaborations with Tyler, The Creator and Frank Ocean that saw them perform across the US and Europe, including Coachella. 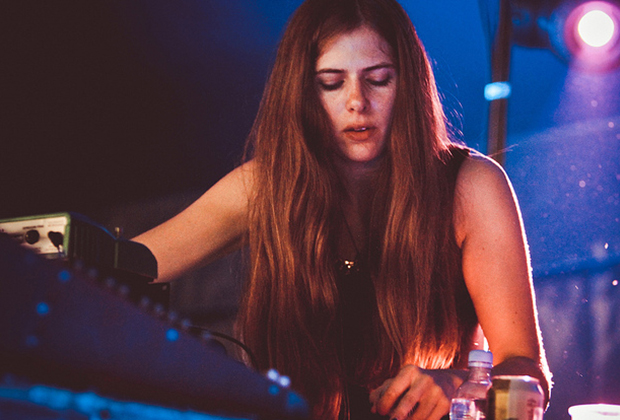 Influenced by the music scene in her hometown of Michigan, Laurel Halo has a sensual take on Detroit techno and soul. Classically trained as a musician, she started producing electronic music at 19, blending styles and genres from ambient to avant-pop, all with a science-fiction twist. After releasing several EPs from 2006 to 2009, her carefully crafted  album Quarantine was voted Album of the Year by The Wire magazine.

Signed to tastemaking UK label / party purveyor Night Slugs, Jam City is a producer that combines the electronic world with funk. Sort of like Prince at a rave, really. Bringing with him the unusual sounds of the London underground music scenes, it’s the 21-year-old’s first time to our shores.

Under the moniker Objekt – the equally impressively named TJ Hertz – is one of the most progressive techno artists. After moving to Berlin from London, the club sounds and darker nights seemed to have an affect on his intense music. Signed to bass-loving Hessle Audio, this will be a dark dance floor set from him for the very first time in Aus.

Get your tickets at 9.00 am this Friday 28 June, from Factory Theatre.