In 2017, DJ Shortkut will be celebrating 30 years as a DJ – that kind of legacy in a performative musical form that’s still relatively young is indicative of the influence he has built and maintained within DJ culture. He’s been a central member of the Beat Junkies, Invisibl Skratch Piklz and the Triple Threat DJs. Now, he’s hitting Australian shores solo to demonstrate what three decades and three collectives can forge from one man. We spoke to Shortkut ahead of his Sydney set.

By day I… am a hardworking daddy and loyal husband.

By night I… am a music studio rat.

The last movie I watched was… Big Hero 6.

The first album I ever bought was… Run–D.M.C.’s first LP.

The last was… D’Angelo & The Vanguard – Black Messiah.

If I wasn’t making music I would probably be… a chef.

The best thing about touring is… making people happy through music.

The worst thing is… being away from family.

My perfect gig would involve… the crowd not wanting to leave and to hear more of my set.

The first gig I went to was… a sound system garage party when I was 11.

The most important thing on my rider is… a loose crossfader, towel and water.

My hangover cure is… kush.

People always ask me… when are the Skratch Piklz getting back together?

If I could only eat one thing for every meal, it would be… sashimi.

My favourite YouTube vid is… DJ EZ’s Boiler Room set. (Check it in the gallery above!)

My computer’s wallpaper is… my daughter. 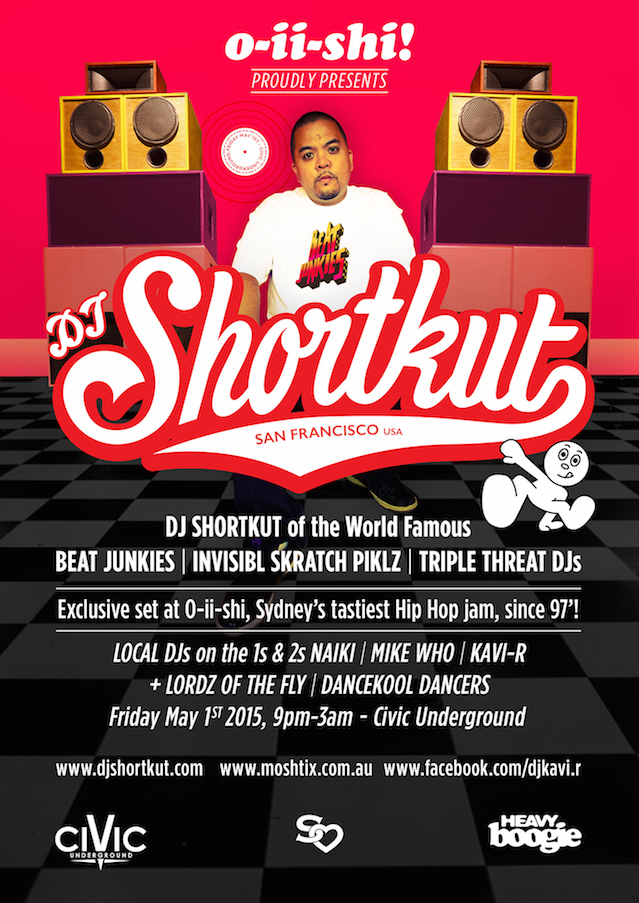