Northeast Party House have taken a Hold Steady style approach to the way they construct their music. Don’t get me wrong, it’s certainly much more dance oriented than Hold Steady, but beneath the fun indie pop jangle of their keys and Zach Hamilton-Reeve’s bouncy, powerful vocals, there’s strong narrative currents and underlying melancholy. Their manipulation of emotion through genres and sounds usually approached as pure fun music has risen most clearly to the surface on their latest album Any Given Weekend and the video clip accompanying their 2012 single ‘Stand Tall’. Now, they’re taking their party vibes on the road with their Double Darts tour. We managed to catch up with drummer Malcolm Besley before he had a chance to scramble away from us and into the tour bus with his musical cohort.

My name is… Malcolm.

By day I… produce music.

By night I… relax at home.

The last movie I watched was… Boyhood.

The first album I ever bought was… Ugly Kid Joe – Americas Least Wanted.

The last was… John Hopkins – Immunity.

If I wasn’t making music I would probably be… making movies.

The best thing about touring is… playing shows. Not worrying what day it is.

The worst thing is… no sleep.

My perfect gig would involve… all my friends and family, a huge audience, pyrotechnics.

The first gig I went to was… Spiderbait at Prahran skate park circa 1995.

The most important thing on my rider is… water and beer.

My hangover cure is… sleep in, water, ibuprofen and paracetamol together, long shower, salty food, Bloody Mary and a movie in bed.

People always ask me… ‘what songs do youse write?’

If I could only eat one thing for every meal, it would be… pesto pasta.

My computer’s wallpaper is… A screenshot from Alien. 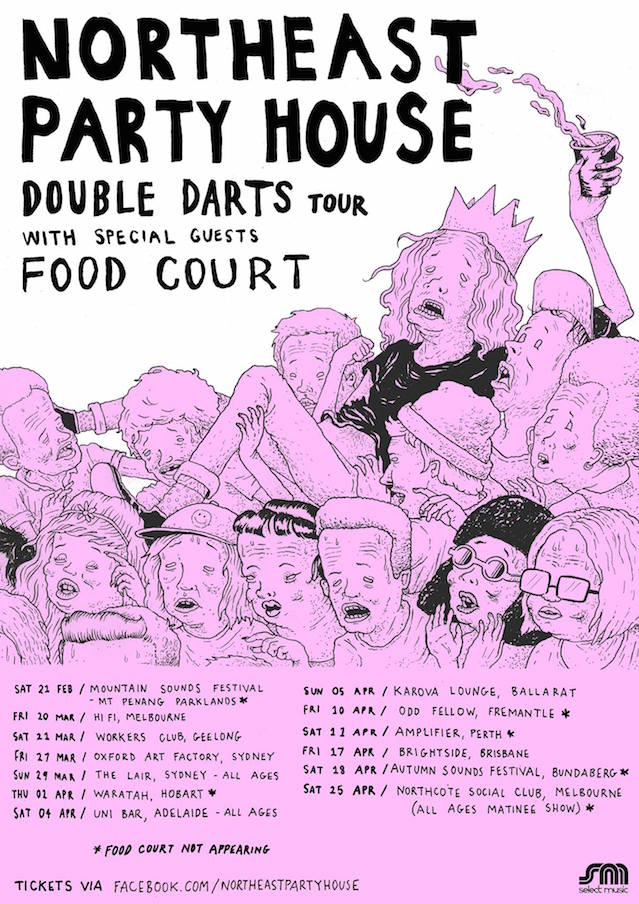