While Queensland was set to miss housing the official Soulfest event this year, festival organisers have announced ‘The Brisbane Takeover’, a tour set to feature three days of separate sideshows taking place in the Sunshine State. Soul queens Mary J. Blige and Jill Scott will perform one show on Tuesday October 20 at the Brisbane Convention Centre, while the mystical Ms. Lauryn Hill and special guest Eric Benèt will perform at the same venue the following night, Wednesday October 21. In addition to that, Mos Def/Yasiin Bey will be teaming up with Talib Kweli to perform as the legendary Black Star at Eatons Hill on Thursday October 22. Check out the details for ticket sales in the poster below. 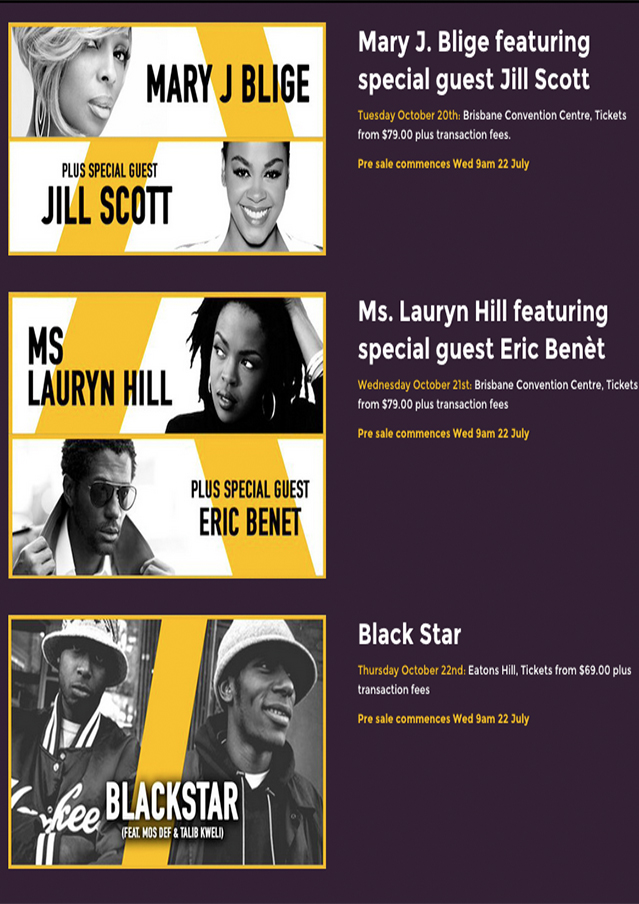