As 2015 celebrations cool off and your hangovers subside, Kanye West has given fans a new reason to heat up. For the first time since Yeezus dropped, Ye has offered us a new track… featuring Paul McCartney. The song is written from the POV of his late mother, Donda West — so, as you probably assumed, it’s a heavyhearted ballad.

McCartney and Kanye began working together earlier this year in a bungalow in LA, where they wrote ‘Only One’. According to Kanye’s rep, the song began with “a simple brainstorming session between the two, with McCartney improvising on the keyboards and Kanye vocally sketching and shaping ideas in a stream-of-consciousness riff.”

Ye sat down with his daughter, North West, and played back the vocals to the track, only to realise that he hadn’t remembered singing them at all. “My mom was singing to me, and through me to my daughter,” he said in a press release.

“He understood in that moment that his late mother, Dr. Donda West, who was also his mentor, confidant, and best friend, had spoken through him that day,” his rep explained.

Ye has also posted handwritten lyrics to accompany the track: 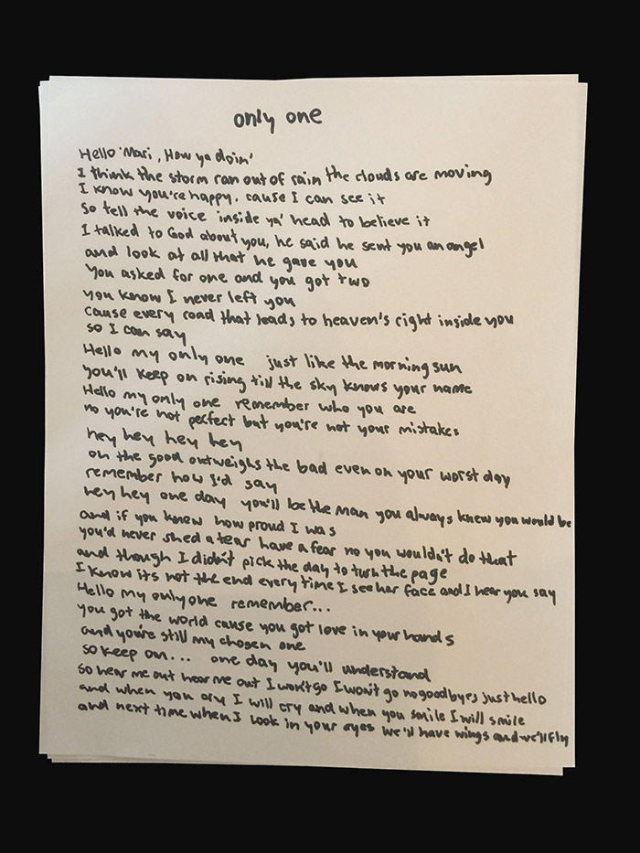