Femme Rebellion: Vayne — From Fairfield to the World

The New Zealand artist on duality, the over-sexualisation of women in rap, and holding your own as a young woman in a traditionally masculine space.

There is romanticism in the genre of rap music Vayne makes, of escaping to the hills where there is no cell phone service and no one around to disturb the creative process for days. Travis Scott mentioned it in ‘Drugs You Should Try It’ and Jazz Cartier fell in love in ‘The Valley’, turned to God and hoped he wouldn’t die.

Set in Eketahuna, sometimes referred to in New Zealand as the ‘end of the world’, we aimed for a sense of feminine ruggedness with this shoot, we called ‘Femme Rebellion’.

With all contributing creatives fresh out of the anxiety of COVID-19 lockdown restrictions, we set out to explore Vayne’s feminine and masculine sides. In this interview, we talk about duality, the over-sexualisation of women in rap and holding your own as a young woman in a traditionally masculine space.

We talk about being a modern-day warrior, which is handed down through bloodlines and how clothing can be a tool to express one’s self as feminine or as armoured as the day’s mood decides – there are times a hoodie means a shell and not a threat.
On social media, Vayne has expressed the frustrations of being followed around the shops because of how she looks. She voices a lot about being misunderstood and often calls out weirdos in her DMs, which is pretty entertaining.

In front of the cherry blossom tree with Cassie, our horse felt like a magical place to start shooting and forget the pressures of a world where songs like ‘Yuck’ had to be made.

Vayne on her single ‘YUCK’:
I come from a mixed background of music, my mum was a metalhead and also loved drum & bass. My dad was into rap, hip-hop and soul. My dad’s half-sisters who basically raised me, were all put through Te Kura Kaupapa so I spent a lot of time at their wānangas listening to them sing and play guitar, reggae is also in my blood. In ‘YUCK’ I definitely channel a bit of my mother.

It’s funny because I used to be really embarrassed about my mum always blasting Slipknot, Pantera, Korn, Slayer etc and never wanting to invite people over, but now when I hear those songs I know all the words, chord progressions and melodies because they’re embedded into my brain [laughs].

What was your favourite song from that time?
This is gonna sound real bandwagon-ny but definitely Slipknot, ‘Duality’. The song of course but when I watched that video I was like… I’ve never seen such an accurate representation of what I sometimes feel inside, I hope to make a video as dope as ‘Duality’. Also System of a Down’s ‘Bounce’ – an honourable mention! I was headbanging to that shit in the car on the way to primary school – that music is rage, but poetic at the same time, if you read the lyrics it ends up not being as scary as it sounds.

On bad male energy:
I’ve always been a masculine-female since I was a child, it’s always just been a way of life to me until I started having these experiences with men that made me start to question my identity and the world. A lot of times I have kindly rejected a guy and straight away they’ve asked me “Are you lesbian?” Like, because I don’t want to hook up with you, I must be a lesbian? The delusion is so real. I’m also a gamer and I spent a lot of time at gaming net-cafes as a teen, I would often get told that I was just there to get some guys’ attention and I’d be like “whatever you say bro literally here because my internet at home is shit”. Like dude leave us alone, leave women alone. 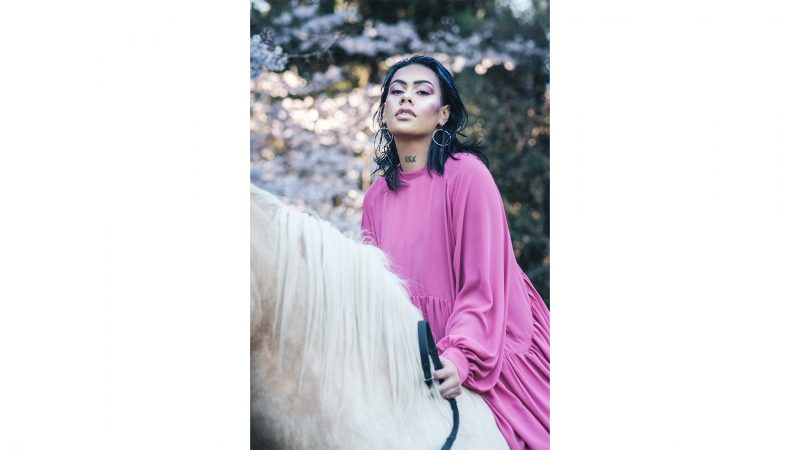 Creative Director Orlane on working with Vayne:
O: A female in the rap industry, you’ve almost got to have this guard up of being tough and scary and dominant, and it’s rare that you can show this vulnerable soft side and show that you’re a woman that’s multifaceted and layered.  You can be delicate and soft so the way we managed to portray that in the different styling and design and set photos was a great opportunity to do that.

And she killed it.
O: Fuck yeah and she killed it, and she looked right in it. She’s got this personality with ‘Yuck’ and then she’s got a gentle side.  You can see how she does both; she’s natural in both states which I think is awesome; it takes people a lot of time to understand both sides of themselves like the soft and the tough and the rough. 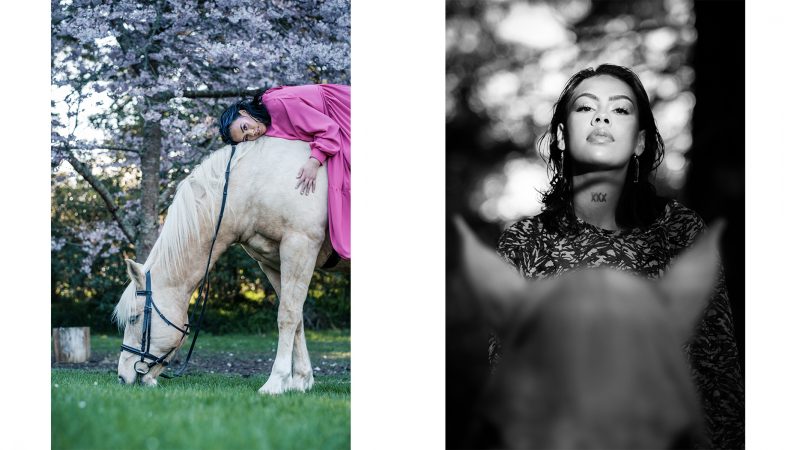 On working with local creatives:
V: When I moved to Auckland I noticed the strong sense of community and how easy it was to build a team for creative projects as everyone is basically at arms-reach. The industry stuff is cool but for me when you source younger, local creatives that’s where you’ll find the juice at. I think it will always be trial and error too, you know. You have friends that are photographers but they also have to work full-time sometimes people don’t pull through and sometimes you’ll just spontaneously pull together something really amazing.

Being very aware there’s layers and duality to you, when people assume who you are, does it fuck with you?
V: Nah I know myself. If there’s something about me that bothers you maybe it’s got something to do with how you’re feeling inside. Don’t project onto me, sort it out.

On her upcoming music video with JessB:
V: I’m working with Connie Cash on the music video for my new song ‘Basic‘ Ft. Jess B and trust me it’s going to be anything BUT basic.

On 2020/21 summer performing season and EP tour:
V: I have a busy summer ahead as I’m doing my first ever tour for Gutta Girl and a bunch of shows! You can find info about this on guttagirl.com or on my Instagram.

Follow Vayne here for more and check out Gutta Girl below.

JessB on the Search of her Ideal Sound After a trip that inspired her latest mixtape, JessB talks the Amsterdam influence on honing her genre-hopping style.

Melodownz Guide to the New Zealand Music Scene With his new track 'Fine' popping off, the Denzel Curry collaborator gives us his picks of NZ talent.

Flo Milli’s Unmatched Confidence Boasting a fanbase that includes the likes of SZA, Missy Elliott and Cardi B—we talk to the Alabama rapper about her quick come-up and how her signature lyricism is turning heads.